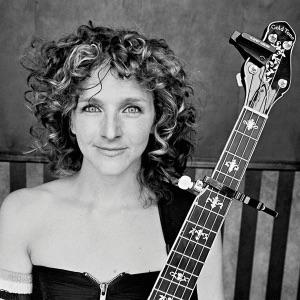 HOMETOWN
Evanston, IL
BORN
November 10, 1979
About Abigail Washburn
The rustic, wide-ranging sounds of singer/songwriter Abigail Washburn appear so genuine and natural, they must come from a person who grew up surrounded by folk and bluegrass. The way Washburn developed her style is much more complicated, however, as it involves China, lost banjos, and the rock group Collective Soul. Although Washburn grew up singing, she had no desire to become a professional musician, and part-time gigs as a backup vocalist in reggae, gospel, and Ru0026B bands were nothing more than fun.nn But a trip to China in 1996 changed all that. Picking up the native language faster than she imagined and falling in love with Chinese culture, the young Washburn began to change her priorities. Reconsidering the culture of her own homeland, she bought a banjo and decided to explore the rich heritage of folk and bluegrass music. Mastery of the instrument didn't happen right away, and fans of Washburn's banjo style might be shocked to learn she went years without even touching the instrument. Later, she was living in Vermont and working as an activist when her good friends the Cleary Bros. Band lost their banjo player after scheduling a tour of Alaska. Blowing the dust off her banjo, Washburn began a crash course in playing the instrument, eventually joined the Cleary Bros. Band and was soon off on her first tour.nn Performing in front of an audience fit like a glove, and soon Washburn was assuming lead vocals as well. With the tour completed, Nashville was the budding musician's next stop. While living there, she continued her banjo studies and began to write songs. In 2004, she met Jingli Jurca, who would help her write her first song in Chinese, as well as K.C. Groves, a founding member of the old-timey string band Uncle Earl. Washburn joined the second incarnation of Uncle Earl and appeared on the band's 2005 album, She Waits for Night. Keeping her solo options open, Washburn then entered her song "Rockabye Dixie" into the Chris Austin Songwriting Contest at MerleFest. The tune took second place and attracted the attention of Nettwerk Records.nn After signing with the label, Washburn played a mini-tour of China before returning home to record her debut with such accomplished musicians as Béla Fleck, Jordan McConnell of the Duhks, and Ryan Hoyle of Collective Soul. The resulting Song of the Traveling Daughter appeared in 2005, and Washburn returned to the Asian continent to tour as part of the Sparrow Quartet (which also comprised Fleck, fiddle virtuoso Casey Driessen, and cellist Ben Sollee). The U.S. government sponsored the tour, making Washburn the first musical artist to receive such an honor. The Sparrow Quartet explored a blend of Eastern and Western folk traditions on their 2008 effort Abigail Washburn u0026 the Sparrow Quartet. In January of 2011, Washburn released her third effort, issued on Rounder; entitled City of Refuge, it was produced by Tucker Martine (who also played drums on the set) and featured a slew of guests including Bill Frisell, Jeremy Kittel, Viktor Krauss, and Kenny Malone.nnAfter a global tour and the birth of her son, she and Fleck (her husband) were finally able to realize a long-held dream: to record a collaborative album. The self-titled set contained originals, traditional songs, and a thorough reimagining of Béla Bartok through a medley comprising two sections of the composer's "For Children" and "Children's Dance." The album was released by Rounder in October of 2014 and took home the Grammy Award for Best Folk Album the following year.nn In 2017, Washburn and her husband collaborated with the dance theater troupe Pilobus for an original work commissioned by the American Dance Theater entitled Echo in the Valley. The title, as well as some of the material, adorned Washburn's and Fleck's second duo offering. The album features the pair performing on seven different banjos "ranging from a ukulele to an upright bass banjo." With an emphasis on three-finger and clawhammer styles, the arrangements reflect the necessity of being performed live. Outside of a few adaptations of traditional tunes, including Clarence Ashley's "My Homes Across the Blue Ridge Mountains" (transformed into a blues here) and a studio recording of their oft-played live medley "Sally in the Garden"/"Molly Put the Kettle On," the remainder of the material was co-written by Washburn and Fleck and reflects various narrative points of view and historical and topical concerns. Echo in the Valley was issued in October 2017. ~ David Jeffries 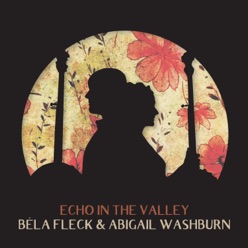 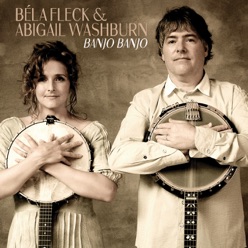 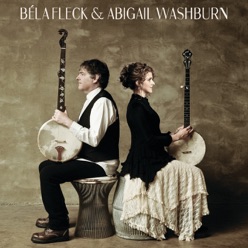