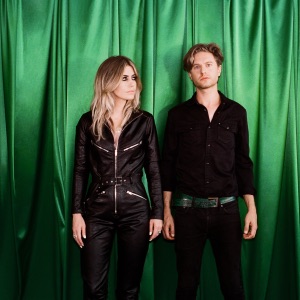 ORIGIN
Brighton, England
FORMED
December 2004
About Blood Red Shoes
Brighton, England's Blood Red Shoes features Laura-Mary Carter (vocals/guitar) and Steven Ansell (drums/vocals), two enthusiastic punk-inspired brawlers who channel the clamor of Yeah Yeah Yeahs, the Duke Spirit, and Huggy Bear. Ansell, who performed with Cat on Form, and Carter, a former member of Lady Muck, came together in late 2004 upon the demise of their previous bands. With one song in tow, the duo landed a gig and Blood Red Shoes were born; the name is reminiscent of Ginger Rogers, who allegedly had to redo a tap dance scene so many times that her white dancing shoes ended up soaked in blood.nnBy mid-2005, Blood Red Shoes readied the release of their debut 7" EP for the London indie imprint Jonson Family. With BBC Radio 1 and XFM championing songs such as the shouty "Victory for the Magpie" and "Don't Always Say Yes," the EP sold out in just weeks. Follow-up singles "ADHD" and "Stitch Me Back" arrived on Try Harder in early 2006. Another trio of singles, "It's Getting Boring by the Sea," "I'll Be Your Eyes," and "I Wish I Was Someone Better," followed in 2007.nnBy 2008, Carter and Ansell were finally ready to release their debut album, Box of Secrets, produced by Mike Crossey (Razorlight, Arctic Monkeys). It appeared that April to generally strong reviews. The duo re-teamed with Crossey for 2010's Fire Like This, which found Blood Red Shoes adopting a more stripped-down sound. They worked with the producer again two years later on In Time to Voices, a more expansive effort that embraced grunge, Americana, and shoegaze influences. In 2014, Blood Red Shoes returned with their fourth studio album, an eponymous effort released on their own Jazz Life imprint. An extensive tour followed and the following year the band put out a digital-only rarities collection entitled Tied at the Wrist. Over the next couple of years, Blood Red Shoes began work on their fifth record, which they would later concede was a difficult process. Produced by Nick Launay (Arcade Fire, Nick Cave u0026 the Bad Seeds, and the Yeah Yeah Yeahs), Get Tragic was released in 2018, preceded by the single "Mexican Dress." ~ MacKenzie Wilson 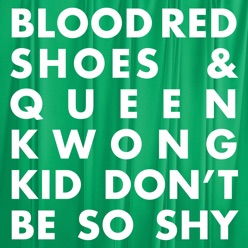 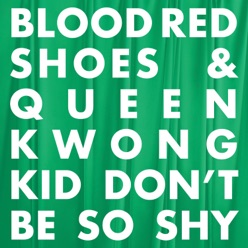 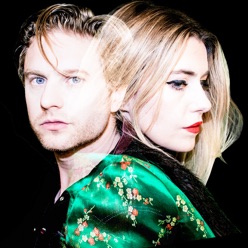