Bring Me The Horizon song lyrics 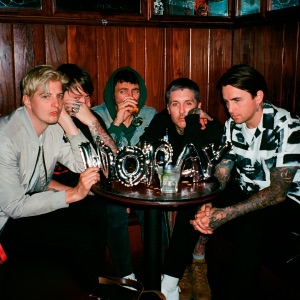 ORIGIN
Sheffield, Yorkshire, England
FORMED
2004
About Bring Me The Horizon
English rock band Bring Me the Horizon has made a steady progression from their death metal-inspired grindcore debut to melodic metalcore, maturing into a pop-savvy headline act by the end of their first decade together. With each release -- from 2006's caustic Count Your Blessings to 2013 mainstream breakthrough Sempiternal -- they dialed back the blood-curdling screams and injected more melody until capturing an alt-metal balance on their 2015 international chart-topping effort That's the Spirit. By 2019's Amo, they had incorporated elements of electronic and even hip-hop into their edgy, genre-blurring blend.nnThe group was formed in 2004 from the ashes of several Sheffield-based outfits, with the 2003 Disney film Pirates of the Caribbean serving as the inspiration for the band's name. Singer Oliver Sykes, guitarists Lee Malia and Curtis Ward, bassist Matt Kean, and drummer Matt Nicholls initially established their own label, Thirty Days of Night, to release their debut EP, 2005's This Is What the Edge of Your Seat Was Made For. Upon signing to the higher-profile label Visible Noise (whose roster also included Bullet for My Valentine and Lostprophets), they reissued the EP to a wider audience. Bring Me the Horizon's full-length debut, Count Your Blessings, appeared in October 2006, with an American release following one year later courtesy of Epitaph Records.nnWith their second album, Suicide Season, Bring Me the Horizon moved in a more accessible direction and wound up cracking the U.K. album charts. Not everyone approved of the new sound, though, and Ward left the band in early 2009. His temporary replacement was Jona Weinhofen, formerly a member of I Killed the Prom Queen. Weinhofen ended up staying with the band as a permanent member, and the group returned to the studio with producer Fredrik Nordström in March 2010 to begin work on a third album. The resulting There Is a Hell, Believe Me I've Seen It, There Is a Heaven, Let's Keep It a Secret was released during the latter half of 2010, several months after the band wrapped up its engagement with the Warped Tour.nnA fourth album, the critically lauded Sempiternal, arrived on Epitaph in 2013, and peaked at number three on the U.K. albums chart. Their next effort marked a stark departure from the sound they'd been honing since their debut. Released in 2015, the loosely conceptual That's the Spirit saw the group dropping some of its metalcore tendencies in lieu of a more melodic, alt-metal approach, capturing mainstream ears with the singles "Happy Song," "True Friends," and "Avalanche." Their highest-performing to date, the set topped charts across the globe, peaking in the Top Three in their native England and in the U.S. Riding the success of Spirit, the band staged an ambitious charity concert benefitting the Teenage Cancer Trust. Backed by the Parallax Orchestra and Simon Dobson, the band set its hits to orchestral backing on 2016's Live at the Royal Albert Hall.nnIn the summer of 2018, Bring Me the Horizon continued down an increasingly experimental path with the mainstream-ready anthem "Mantra" and the surprisingly poppy "Medicine." Both tracks landed on their sixth full-length effort, Amo, which was released in early 2019. Their first U.K. chart-topper, Amo incorporated electronic dance elements and trap production, featuring guest appearances by Dani Filth (Cradle of Filth), art-pop singer Grimes, and rapper Rahzel. ~ Stewart Mason u0026 Neil Z. Yeung

Bring Me The Horizon discography 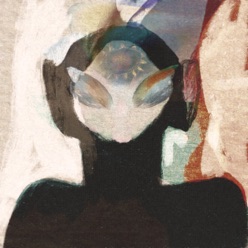 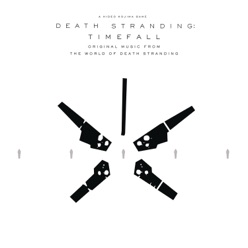 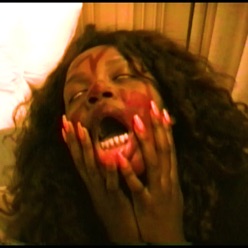 Bring Me The Horizon songs in April