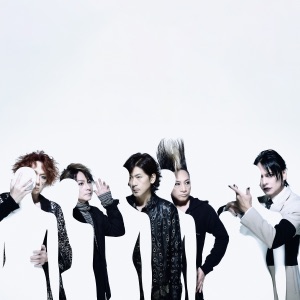 ORIGIN
Japan
About Buck-Tick
Patriarchs of visual kei, Buck-Tick may not get as much international recognition as their counterparts X-Japan do, but they certainly have done no less for the development of the style, and have achieved stardom in their native country in the process. A versatile band, Buck-Tick moved from optimistic pop-punk and new wave to goth music and hard rock, dabbled in electronica, and returned to rock again, with bandmembers collaborating with musicians ranging from Cocteau Twins and KMFDM to Clan of Xymox and Spread Beaver along the way (though usually outside of their main jobs).nnThe group, initially named Hinan Go-Go, was started in the town of Fujioka in 1984 by Imai Hisashi, who couldn't even play any instruments at the time, and Higuchi Yutaka, who played bass. Imai chose the guitar, and the two completed the lineup with their high school friends Hidehiko Hoshino (guitars), Sakurai Atsushi (drums), and Araki (vocals). At this stage, the bandmembers limited themselves to covers, mostly of the radical Japanese hardcore band the Stalin, and began working on their attire and makeup. Within the same year, the group changed its name to Buck-Tick (derived from the Japanese word for "firecracker"), moved to Tokyo, and began writing original songs. Yutaka brought his older brother Yagami Toll into the fold, fresh out of his own disbanded act, SP. Yagami filled in as the drummer, and Sakurai took over as the vocalist, Araki getting the boot because of his lack of skill. Since then, Buck-Tick's lineup hasn't changed.nnBuck-Tick began playing Tokyo clubs, still taking great care in their appearance (of special note were their foot-tall dyed hairdos), and debuted with their first LP, Hurry Up Mode, in 1987, released on the indie label Taiyou Records. Soon the major labels began courting Buck-Tick, and they signed with Victor, which promised them the most freedom and was rewarded by the band's second album, Sexual XXXXX! (1987), which reached number 33 on the Oricon charts despite being a major-label debut. Another CD, Seventh Heaven, followed in 1988, and for the next album, Taboo (1989), the band traveled to London, which lent its darker atmosphere to the record, allowing Buck-Tick, who were into pop-punk at the time, to shed the status of short-term pop wonders without losing their popularity.nn The band scored some appearances on TV shows and in commercials; even Imai's arrest for LSD possession in 1989 (his sentence was suspended) didn't stop them: in 1990, they released the Baudelaire-inspired Aku No Hana (Flowers of Evil), their best-selling album that fully delved into goth sounds and cemented their popularity. Its release was preceded by a gig at the Tokyo Dome in front of 50,000 people -- shows of this size became a yearly event for Buck-Tick. The three subsequent albums that came out between 1991 and 1995 stuck close to the dark visual kei sound, drifting toward philosophical, conceptual topics but still enjoying success. In 1990 the band also released a disc of symphonic covers of their songs performed by the Berlin Chamber Orchestra, and in 1992 re-recorded their tunes for a greatest-hits compilation.nnBuck-Tick hit some tumultuous times in 1996, when they went "cyberpunk," introducing electronic influences on their album Cosmos. The same year saw Sakurai almost die of peritonitis during a photo shoot in Nepal, and in 1997, the band changed from Victor to Mercury/Polygram, which released Sexy Stream Liner, another cyberpunk album with some Theremin thrown in. The single "Gessekai" (1998) was used in the anime series Nightwalker, which introduced the band to a Western audience, but for the next several years, Buck-Tick eased up the pace, releasing their next LP, One Life, One Death, in 2000, dabbling in side projects, and switching to BMG in the meantime. The band picked up steam in 2002-2003, releasing thematically connected albums Kyokuto I Love You and Mona Lisa Overdrive, the latter drawing its name from a William Gibson novel and serving as a closer to Buck-Tick's cyberpunk period.nn Another year of solo work followed, and then came a head-on charge into goth music and a visual goth style for the album Juusan-Kai Wa Gekkou (2005) and its supporting tour, which featured an elaborate stage show involving a clown and a ballerina. In 2005 the band's 1993 song "Dress" was featured in the anime series Trinity Blood, and in 2006, Buck-Tick recorded the song "Kagerou" for the anime series xxxHolic, and also indulged in a major celebration of the 20th anniversary of their first major-label appearance, including an ambitious tour and a cover album that featured Abingdon Boys School and members of Luna Sea, Glay, and Thee Machine Gun Elephant, among others. Buck-Tick released another album, Tenshi No Revolver, in 2007, reverting back to a straight alt-rock sound, which was to be explored further on the LP Memento Mori, scheduled for February 2009. ~ Alexey Eremenko 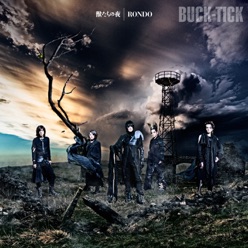 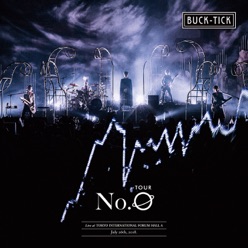