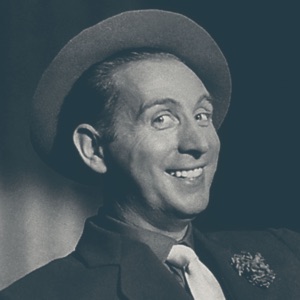 HOMETOWN
Narbonne, France
BORN
May 18, 1913
About Charles Trénet
Charles Trenet was among the last of his kind of singer, a holdover from the era of pre-World War II France and the prime of Maurice Chevalier, as well as singer/composers such as Georges Brassens and Léo Ferré. Originally an art student, Trenet turned to singing in his early twenties, initially in partnership with pianist Johnny Hess in a duo billed as "Charles and Johnny." In his earliest stage persona, Trenet was also known as a musical impressionist, with a special penchant for doing exaggerated impersonations of Chevalier. Ironically, amid the manic antics of the act, he actually suffered from deep stage fright, which he never fully overcame, but later learned to mask. After a year working with Hess, he ended up drafted -- into the French Air Force, no less -- during which time he shaved his head and sported a monocle, two attributes that gave him a bizarre appearance and got him the nickname, for a time, of "The Singing Madman." He resumed his career and civilian status in 1936, amid that brief mid-'30s period of social and economic reform, culminating with the election of the Popular Front government under Leon Blum. By that time, Trenet had outgrown the Chevalier impressions and came to be known for his smooth, light baritone which, coupled with his seemingly relaxed persona, won over audiences in music hall performances. At one of his most famous engagements, in 1938, he was scheduled to sing three songs in what was the opening set of the evening and was called back by the audience and performed a total of 12 songs that night, and the featured performer never went on.nn Trenet composed as well as sang and enjoyed his first big hit in 1939 with "Boum" an infectiously bubbly tune that captured the French listening public's attention. After World War II, Trenet's career moved into international circles as his songs started getting picked up in translation, usually with lyrics by Lee Wilson -- his biggest success was "La Mer," a piece that Bobby Darin turned into an English language hit (as "Beyond the Sea"). His other hits included such songs as "Le Soleil a Des Rayons de Pluie," "Il Y Avait Des Abres," "Printemps a Rio," "Bonsoir Jolie Madame," and "Que Reste-Il De Nos Amours" (better known in English as "I Wish You Love").nnTrenet's longevity was something of a surprise even to him -- the singer had intended to retire in the 1970s, and had made a farewell tour of France; then he agreed to a request for a farewell concert in Canada and found the reception there so encouraging, that he chose to keep performing and was still working in the 1990s, a period in which at least four CDs of his work were released, including a best-of collection produced by British reissue expert Tony Watts. Over the course of his 60-year career, Trenet published some 850 songs as well as books of poetry and a handful of novels, although he tended to dismiss the significance of his productivity with a certain detached amusement. Into his 80s, he still presented an ebullient visage, a broad grin topped by thinning red hair that made him look exactly like the aging music hall entertainer that he was. Trenet was still writing songs very prolifically in the late '90s, often inspired by thoughts that occurred to him as he worked on his fiction, which was one reason he had so much trouble completing the latter. ~ Bruce Eder 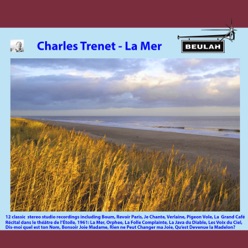 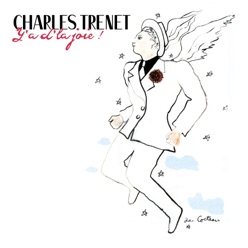 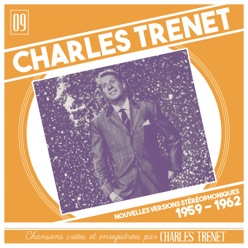