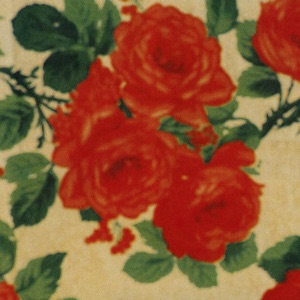 ORIGIN
Leeds, England
FORMED
1984
About Chumbawamba
Formed in a squat in Leeds, England, in 1984, the anarchist pop group Chumbawamba were a most unlikely mainstream success story. After more than a decade in relative obscurity, much of it spent attacking the very notion of stardom, the band signed to a major label in 1997 and quickly scored a major international hit with the riotous single "Tubthumping." The single would prove to the band's commercial peak, even though Chumbawamba continued issuing politically aware albums (many of them featuring an increased emphasis on folk music) during the 2000s.nn Chumbawamba were originally comprised of former Men in a Suitcase frontman Dunstan Bruce, onetime Ow My Hair's on Fire drummer Alice Nutter, and computer technician Lou Watts. After recording a song for a compilation album, the trio teamed with Harry Hamer and Mavis Dillon -- members of one of the LP's other contributors, the Passion Killers -- and the Chumbawamba lineup was thus complete. The band quickly became a thorn in the side of British conservatives, mounting a series of benefit concerts for a variety of anti-Thatcherite causes and campaigns; before long, they were also the subject of frequent police raids.nnReleased at the height of Live Aid-era goodwill, Chumbawamba's debut LP, Pictures of Starving Children Sell Records: Starvation, Charity and Rock 'n' Roll -- Lies and Tradition, appeared in 1986, brutally attacking the principles of media limelight and career-boosting they perceived at the heart of the charitable event. (The subject resurfaced in 1987, when a celebrity cover of "Let It Be" mounted to raise money for ferry disaster victims was followed by the Chumbawamba single "Scab Aid," recorded as the pseudonymous Scum.) Never Mind the Ballots...Here's the Rest of Your Lives was rush-released in 1987 to coincide with the year's general elections, while the 1989 follow-up EP, English Rebel Songs 1391-1914, consisted primarily of authentic 14th century anti-poll tax protest songs. With 1990's Slap!, Chumbawamba began experimenting with sampling; the follow-up, to be titled Jesus H. Christ, was banned on the eve of its release after the band failed to obtain the right to cover songs by Kylie Minogue, Paul McCartney, and ABBA. (Consequently, the focus of 1992's Shhh was censorship.) With 1993's anti-fascism rant "Enough Is Enough," Chumbawamba scored their biggest indie hit to date, and 1994's Anarchy LP was also a success. After the 1995 live LP Showbusiness!, the group returned the next year with Swingin' with Raymond, a concept album about a man with the word "LOVE" tattooed on the knuckles of one hand and "HATE" tattooed on the other. All appeared to be business as usual until it was announced that Chumbawamba had signed to EMI, a move that angered and confused many fans who subscribed to the band's anti-corporation ideals. Nevertheless, their 1997 major-label debut, Tubthumper, became a smash success thanks to the infectious "Tubthumping," a Top Ten hit in the U.S. and throughout Europe. A second single, "Amnesia," was also a success. Their newfound popularity also allowed the group to bring its anarchist message to a new audience -- Nutter even found herself in the middle of a major scandal when she appeared on the American panel discussion show Politically Incorrect to advocate shoplifting from major record chains, prompting some retailers to pull Chumbawamba's discs from their shelves. The ABCs of Anarchy, a split EP with Negativland, followed in 1999, and in the spring of 2000 the group resurfaced with What You See Is What You Get.nn Worried about the public reaction to the lyrics, which were critical of big business and the media, EMI decided to drop the group. The band was unusually quiet for a period, but director Alex Cox soon approached them about scoring Revenger's Tragedy and they jumped at the chance. A documentary about the band, Well Done, Now Sod Off!, appeared in 2001. That same year, they stirred attention by licensing songs to certain companies that fit their political standards. They reappeared in 2002 for a reunion show and released Readymades that summer, followed by a second pressing of the album (augmented with additional content and rebranded as Readymades and Then Some) in October 2003 via Koch Records. Next up on the release roster was Shhhlap!, which compiled the early Chumba releases Shhh and Slap!, and June 2004 saw the arrival of UN, which built on the folktronic sound of Readymades and was as ideologically feisty as ever.nn Change was in the wind for Chumbawamba soon after the release of UN, however, as the group signed to the No Masters Co-operative and issued a stripped-down acoustic album called Singsong and a Scrap. Released in 2006, the album abandoned the electronic, clubby sound of the band's previous work and focused instead on lush vocal harmonies and traditional Irish folk instruments. Chumbawamba then released their second album with No Masters Co-operative in 2007, an equally stripped-down affair called Get on with It: Live, and returned in 2008 with a folk-based studio effort titled The Boy Bands Have Won. ~ Jason Ankeny 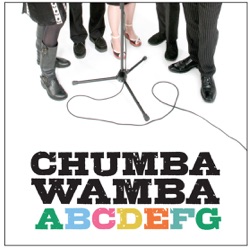 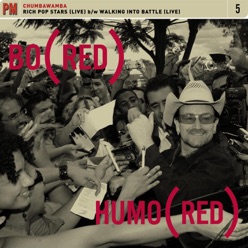 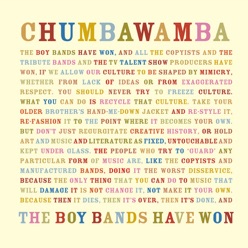 The Boy Bands Have Won
2008
See all discs