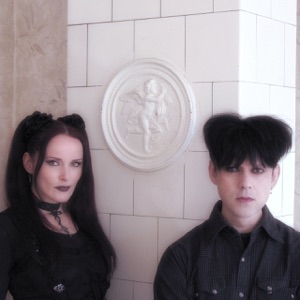 ORIGIN
Amsterdam, The Netherlands
FORMED
1981
About Clan Of Xymox
Clan of Xymox have been in the unfortunate position of always being compared to other bands since their inception. Whether it's the Cure or Joy Division, Clan of Xymox have never been able to shake off the similarities to their influences. Nevertheless, the group have produced an impressive body of work that consistently absorbed new sounds while remaining faithful to the '80s goth rock menu.nn Clan of Xymox were formed in Nijmegen, Netherlands in 1983 by Ronny Moorings (vocals, guitar) and Anka Wolbert (bass, vocals). A year later, Moorings and Wolbert moved to Amsterdam, releasing the LP Subsequent Pleasures as Xymox. (The album was limited to 500 copies.) Xymox then became the opening act for Dead Can Dance in England. The band's presence on Dead Can Dance's U.K. tour caught the interest of 4AD Records, and the label eventually signed them. A year later, Xymox lengthened their name to Clan of Xymox and recorded a self-titled album in 1985, followed by Medusa the next year. In 1987, the group shortened its appellation to Xymox once again, contributing another version of "Muscoviet Mosquito," originally on Subsequent Pleasures, to the 4AD compilation Lonely Is an Eyesore. After the release of the single "Blind Hearts," Xymox left 4AD and joined PolyGram/Wing.nn In 1989, Xymox released Twist of Shadows, their most commercially successful LP, selling 300,000 copies. The infectious and uncharacteristically upbeat "Phoenix of My Heart" landed on the modern rock charts in 1991. However, the full-length Phoenix didn't do as well as Twist of Shadows. Wolbert departed from the band that year, replaced by bassist Mojca Zugna. In 1992, Xymox left PolyGram/Wing for ZOK Records. Xymox recorded two albums for ZOK Records -- 1992's Metamorphosis and 1993's Headclouds -- before switching to Tess Records in 1997 for the album Hidden Faces. Moreover, Moorings called the group Clan of Xymox once again.nn In 1999, they signed with the Metropolis label and released Creatures, which was followed a year later by the two-CD Live. The 2001 album, Notes from the Underground, was reinterpreted on the double-remix CD Remixes from the Underground, which landed in 2002. Farewell from 2003 was a themed album with bittersweet goodbyes to lovers and friends as the main topics. The 2004 collection The Best of Clan of Xymox found latter-day highlights next to re-recordings of the band's early material. Two years later, the album Breaking Point was announced by the single "Weak in My Knees." Their 2009 effort, In Love We Trust, was a return to the layered sound of their 4AD years. Darkest Hour, Kindred Spirits, and Matters of Mind, Body and Soul appeared in the years that followed, and their 16th LP, Days of Black, appeared in 2017. ~ Michael Sutton 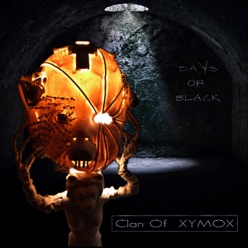 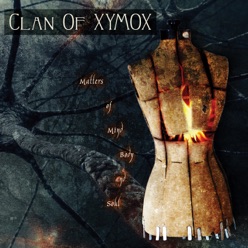 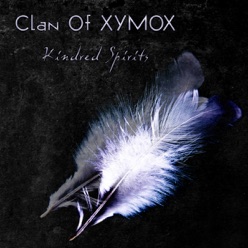 Clan Of Xymox songs in June