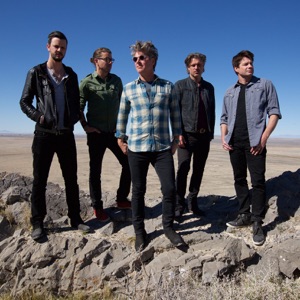 ORIGIN
Stockbridge, GA
FORMED
1992
About Collective Soul
When Seattle grunge went mainstream, it was only a matter of time before the ripple effect was felt in regions other than the Pacific Northwest. The Georgia-based quintet Collective Soul -- along with fellow inheritors of the then commercially lucrative post-grunge landscape like Live, Bush, and Candlebox -- developed the genre into a more succinct brand of angst, turning the sonic cacophony of bands like Mudhoney and the Melvins into radio-friendly hard rock.nn Collective Soul (whose name borrowed from a line in Ayn Rand's book The Fountainhead) were formed in the small town of Stockbridge in the early '90s by principal songwriter Ed Roland (lead vocals/keyboards/guitars), guitarists Dean Roland and Ross Childress, and rhythm section Will Turpin (bass/percussion) and Shane Evans (drums/percussion). Originally released in 1993 on the Atlanta indie label Rising Storm, the debut effort Hints, Allegations u0026 Things Left Unsaid proved popular enough on the local level that it was picked up the following year by Atlantic. Within months of its major-label release, "Shine" became a modern rock and MTV staple, and Collective Soul found themselves laden with a platinum debut, an arena tour alongside Aerosmith, and a spot on the roster for Woodstock 1994.nn The bandmates released an eponymous sophomore effort the following year, which spawned five Top Ten hits on the Hot Mainstream Rock charts. Two such singles, "December" and the symphonic "World I Know," also charted in the Top 40, demonstrating the band's crossover appeal and gathering multi-platinum sales for the album. Although Collective Soul's fan base began to wane upon the release of 1997's Disciplined Breakdown, the 1999 effort Dosage was a return to form, yielding the hit singles "Run" (another crossover hit) and "Heavy." Despite the band's best efforts, however, the post-grunge genre had begun to suffer under the weight of the emerging nu-metal scene, and the band's heyday drew to a slow close.nn Collective Soul returned in 2000 with Blender, an image-seeking misfire that saw the group attempting a clean-cut (no facial hair) image while mixing heavily produced AOR with elements of dance-pop, even performing a duet with Elton John. The album nevertheless went gold, and the following year, Collective Soul concluded their contractual obligation to Atlantic with the release of 7even Year Itch: Collective Soul's Greatest Hits 1994-2001. The musicians then returned to their roots in 2004, bringing in new guitar player Joel Kosche and releasing the stripped-down and dynamic album Youth on their own El Music Group imprint. An eight-song EP, From the Ground Up, arrived the following year. In early 2007, it was announced that the band had teamed up with Target, which became the "exclusive physical retailer" of the band's next album, Afterwords. One year after its release, the album was reissued at all retail outlets. Collective Soul's eponymous eighth album was released in 2009 on Roadrunner.nn The band toured regularly into the next decade while working on numerous side projects. Kosche and Turpin released solo albums, and Ed Roland u0026 the Sweet Tea Project released a debut LP, among other member ventures. Meanwhile, Johnny Rabb took over on drums, and guitarist Jesse Triplett replaced Kosche before Collective Soul returned with the LP See What You Started by Continuing in autumn 2015 on Vanguard. ~ James Christopher Monger 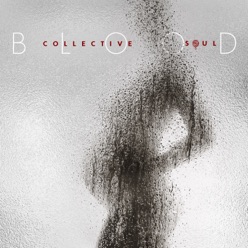 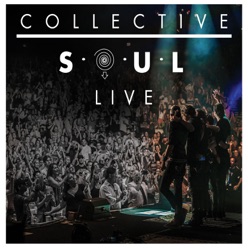 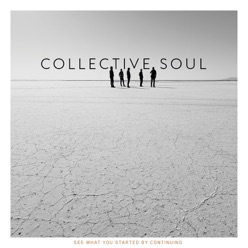 See What You Started By Continuing
2015
See all discs