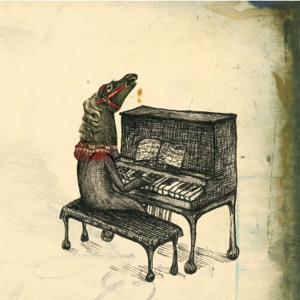 About Pistolita
Lead by the aggressive piano playing of frontman Conor Meads, San Diego's Pistolita has earned opening slots with popular punk-pop and emo bands such as Brand New, Saves the Day, and Say Anything. At 18, Meads had already moved out of his parents home in San Diego and took a job writing TV jingles, while moving into the attic of a recording studio. There he wrote songs that would later make up Pistolita's debut album. Meads easily put a band together, consisting of neighbor and friend Cory Stier (drums), along with high school acquaintances Justin Shannon (guitar) and Alex Kushe (bass, later replaced by Derek Miller). Following the Gliss Note EP in 2005, Pistolita, the first signing to booking agent Andrew Ellis' Montalban Hotel Records (a part of East West), issued Oliver Under the Moon in early 2006. ~ Kenyon Hopkin