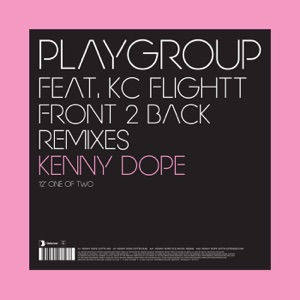 ORIGIN
England
FORMED
May 18, 2021
About Playgroup
Playgroup was a studio party/rumpus-room collective orchestrated by Trevor Jackson, a graphic designer (with sleeves of releases by Eric B. & Rakim, Stereo MC's, and the Jungle Brothers to his credit), producer, and remixer who had previously operated as Underdog and Skull. A melting pot of disco, funk, hip-hop, dub, new wave, and house, 2001's Playgroup, released on the Source label, featured appearances from Roddy Frame, Edwyn Collins, Shinehead, Kathleen Hanna, and Rowetta. Astralwerks picked the record up for release in the U.S. in March of 2002. By the end of that year, Jackson released a pair of mix albums: his contribution to the DJ-Kicks series and a very limited disc called Party-Mix. In 2005, Peacefrog gathered two discs of Jackson's remixes for the likes of Soft Cell, Yello, and the Rapture, and issued it as Reproduction. A couple years later, Jackson briefly reactivated the Playgroup name to contribute a disc to Rapster's Kings of Electro double-disc mix set. In 2016, Jackson opened the vaults and issued a nine-part series of Previously Unreleased EPs, one per week from July to September, on the Yes Wave label. Most of the tracks were compiled onto a double-CD later that year, also titled Previously Unreleased. Jackson also ran the Output label, home to releases by Fridge, Four Tet, LCD Soundsystem, Black Strobe, Mu, and Colder. ~ Andy Kellman