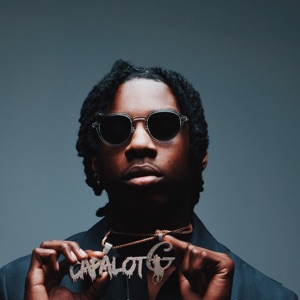 HOMETOWN
Chicago, IL
BORN
January 6, 1999
About Polo G
Even in the crowded field of mournful singer-rappers, Polo G stands out. It’s not the depth of his trauma—poverty, hunger, gang violence, drug addiction, and prison, all before his 20th birthday—or even his willingness to share it. It’s his focus. Listen to a Polo record—“Heartless,” “Pop Out,” “Through da Storm,” “Go Stupid”—and you can hear an artist obsessed by craft. The flow is dense but melodic, the lyrics plainspoken but crammed with imagery and detail, more in tune with classic rap virtuosity than the loose impressionism that ruled most of the 2010s. And in a culture of rappers making records back-to-back-to-back to capitalize on interest, Polo has been borderline stingy: no mixtapes, no bloated deluxe editions three months after the initial drop, albums running closer to 40 minutes than 80. He’s said in the past that he doesn’t freestyle, he writes. And when he’s done writing—that’s when he goes to record. And if he doesn’t love what comes out at the session? Like, love-it love? He keeps it to himself.

Born Taurus Bartlett in 1999, Polo was raised in Chicago public housing, coming up through the rough, quick-delivery style of local hip-hop known as drill. Like local heroes G Herbo, Lil Durk, and, to a lesser extent, Chief Keef, Polo’s primary subject was pain: personal, racial, generational. But as compelling and tightly wound as his debut was (2019’s Die a Legend), he knew you could only get so much mileage out of the same story, and took his follow-up—2020’s THE GOAT—as a chance to evolve, exploring more pop- and club-oriented sounds while retaining the intensity that makes his performances shine.