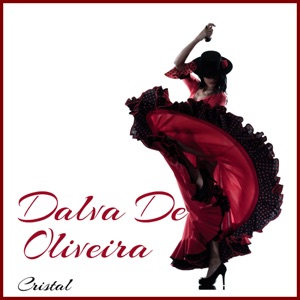 BORN
May 5, 1917
About Dalva de Oliveira
One of the most popular singers of the '40s and '50s in Brazil, Dalva de Oliveira is considered a most expressive interpreter of Brazilian popular music. Her biggest hits are "Olhos Verdes" (Vicente Paiva), "Ave Maria" (Vicente Paiva/Jaime Redondo), "Tudo Acabado" (J. Piedade/Oswaldo Martins), "Kalu" (Humberto Teixeira), "Fim de Comédia" (Ataulfo Alves), and "Bandeira Branca" (Max Nunes/Laércio Alves). As a member of the Trio de Ouro, Oliveira had three big hits: "Praça Onze" (Herivelto Martins/Grande Otelo, 1942), "Ave Maria no Morro" (Herivelto Martins, 1943), and "Segredo" (Herivelto Martins/Marino Pinto, 1947). She also had success in films with Berlim Na Batucada (1944), Caídos do Céu (1944), Maria da Praia (1951), Milagre de Amor (1951) and Tudo Azul (1952). Her international career included performances in Portugal, Spain, England, and other countries.nnAs a child, Oliveira used to play in the serestas inhabited by her father's amateur group. At eight she lost her father, and her mother moved to São Paulo with her three daughters. Enduring a life full of economic hardships, Oliveira was spotted by Antônio Zovetti and became a chorist in his group in 1933, performing in several northern Brazilian cities until the group was disbanded in Belo Horizonte, Minas Gerais, due to Zovetti's illness. After an audition at the Rádio Mineira, she got a regular job there as a singer, when she adopted the stage name Dalva de Oliveira. In 1934 her family moved to Rio de Janeiro. Employed as a worker in a factory, she was noticed by its owner, Milonguita, one of the directors of the Rádio Ipanema, who hired her for his company. Having worked on several other radio stations (singing in duo with Noel Rosa at the Rádio Cruzeiro do Sul), she also worked as actress at the Casa do Caboclo, with Alvarenga e Ranchinho, Jararaca e Ratinho, and other artists. In the same period she worked in Jaime Costa's operettas at the Teatro Glória. In 1936, working in a theater in the São Cristóvão borough, she met Herivelto Martins, who performed with Nilo Chagas in the Dupla Preto e Branco. After becoming acquainted with Martins, who was looking for a female voice for different experiments with new harmonizations, Oliveira joined the Dupla Preto e Branco, forming the Trio de Ouro, which was called (for five years) Dalva de Oliveira e a Dupla Preto e Branco. Having married Martins, she had two sons with him, the singer Pery Ribeiro and the TV producer Ubiratã Ribeiro.nn In 1940 she recorded with Francisco Alves the samba "Brasil" (Benedito Lacerda/Aldo Cabral) and "Valsa da Despedida" (Robert Burns). She also became a regular attraction at the Cassino da Urca, where the biggest stars of the time were featured, until the casinos were closed by decree of President Dutra in 1946. By then her marriage was sinking, but it was only in 1949 that the couple broke up during a tour with the Trio de Ouro through Venezuela. Oliveira stayed in that country performing with the conductor Vicente Paiva for another year. Having returned to Brazil in 1950, she was initially rejected by the Odeon record label, which didn't believe in her solo career. Vicente Paiva, who was one of the Au0026R directors of the company, put his job at stake betting on her success. In fact, "Tudo Acabado" (J. Piedade/Oswaldo Martins) became a hit, beginning a musical battle with ex-husband Herivelto Martins, in which they exchanged mutual accusations for the failure of their marriage through music. This musical polemic had its high points with "Tudo Acabado," "Que Será," and "Errei Sim" (1950). In 1951 she had success with the samba-canção "Ave Maria" (Vicente Paiva/Jaime Redondo), the samba "Olhos Verdes" (Vicente Paiva), and the march "Zum-Zum" (Paulo Soledade/Fernando Lobo). In that period she toured several times, performing in Uruguay, Argentina, Chile, Portugal, Spain, and England, where she sang at Queen Elizabeth II's coronation party. At that event, she was accompanied by an orchestra conduced by Robert Inglis. Inglis and his orchestra recorded, with Oliveira, a repertory of Brazilian songs on several albums in London. (He had his name adapted for the Brazilian market as Roberto Inglês.) In 1952 Oliveira had hits with the baião "Kalu" (Humberto Teixeira) and the samba "Fim de Comédia" (Ataulfo Alves). In that year she was elected Rainha do Rádio (Queen of Radio) and toured Argentina. In the mid-'50s she settled in Buenos Aires, Argentina, eventually returning to Brazil for artistic seasons, until her definitive coming back in 1963. Having suffered a car accident in 1965, she only restarted her career in 1970, launching another hit, the classic marcha-rancho "Bandeira Branca" (Max Nunes/Laércio Alves). ~ Alvaro Neder 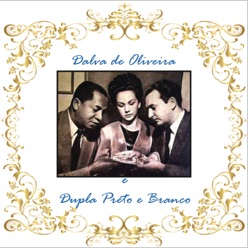 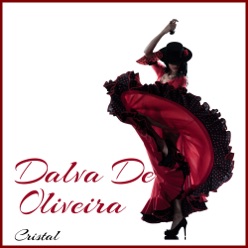 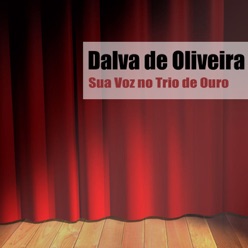