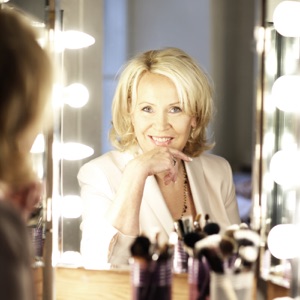 HOMETOWN
Jönköping, Sweden
BORN
April 5, 1950
About Agnetha Fältskog
Although she had made a name for herself as a solo artist in Sweden, Agnetha Fältskog will always be best known as one-fourth of ABBA, one of the most commercially successful and internationally beloved pop acts of all time. Born on April 5, 1950, Fältskog was encouraged to pursue her love of music from an early age and was already performing with two school friends as the Cambers by the time she was a teen. Leaving school at 15 to pursue music, Fältskog soon found herself singing with Bernt Enghardt's band and attracting a following. Through Enghardt, she secured a record deal and soon topped the charts in Sweden with her first release. Fältskog's homeland success continued throughout the rest of the '60s, but her future with ABBA was secured when she met and became engaged to Björn Ulvaeus in 1969. The two were married in 1971, but Fältskog continued to record and perform as a solo artist, although she was singing backup, along with Anna-Frid Lyngstad, on Ulvaeus' and songwriting partner Benny Andersson's recordings. In 1974, the quartet, as ABBA, took the Eurovision song contest prize with "Waterloo" (having lost the prior year with "Ring Ring") and within weeks the song was topping the charts all over the continent.nn For the next eight years, ABBA would be one of the most successful pop acts in the world, earning numerous gold and platinum awards in innumerable countries. The quartet's commercial fortunes were not mirrored by critical appreciation. In fact, it was the winsome, good looks of the two female singers that drew more accolades, highlighted by Fältskog being crowned "Rear of the Year" in 1975. During the group's hit-making period, Fältskog's marriage to Ulvaeus would crumble, chronicled in the heart-wrenching "The Winner Takes It All," which featured possibly her finest vocal performance. During what was intended to be a mere break for the band in 1983, she began to record her solo English debut with producer Mike Chapman. Released later in the year, Can't Shake Loose proved to be more successful in European markets, but the title track did climb into the Top 30 in the U.S. ABBA's extended break soon became a break-up (despite no formal announcement), leaving Fältskog to continue her solo career.nn Between 1983 and 1987, Fältskog released three albums -- Wrap Your Arms Around Me (1983), Eyes of a Woman (1985), and I Stand Alone (1987) -- which all were big hits in Sweden and performed respectably throughout Europe but never made inroads within the U.S. As the '80s wound to a close, Fältskog went into an unofficial retirement, retreating from the spotlight and ceasing to make new music. In 1996, she published an autobiography called As I Am; it was accompanied by a new compilation called My Love, My Life, released only in Europe. ABBA's music was the subject of a jukebox musical called Mamma Mia! Premiering in 1999, the stage musical gained considerable popularity over the next five years, its success helping push Fältskog out of retirement in 2004 to record My Colouring Book, a collection of covers that was a big hit throughout Europe and peaked at 11 on the U.K. charts. Following that album, she went quiet again, appearing in public with her ABBA mates toward the end of the decade to promote the theatrical adaptation of Mamma Mia! Fältskog returned to recording in 2012, teaming with Jörgen Elofsson -- a producer/songwriter best known for his work with Kelly Clarkson -- to record her first collection of brand-new material since 1987. A, the resulting album, was released all around the world in May 2013. ~ Tom Demalon 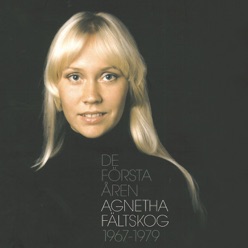 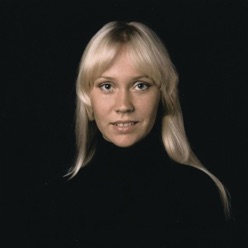 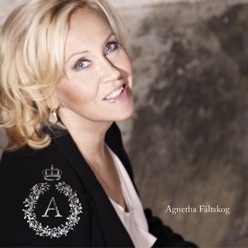