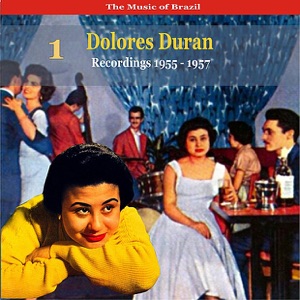 BORN
June 7, 1930
About Dolores Duran
Dolores Durán wrote immortal classics of the fossa repertory, like "Se É por Falta de Adeus" (with Tom Jobim), recorded by Doris Monteiro. Other of her classics are "Por Causa de Você," "Estrada do Sol" (both with Jobim), "Fim de Caso," "Solidão," "Castigo," and, with Ribamar, "Pela Rua," "Ternura Antiga," and "Idéias Erradas." Her songs were recorded by artists such as Frank Sinatra ("Por Causa de Você" version "Don't Ever Go Away" on his LP Sinatra u0026 Company), Milton Nascimento ("A Noite do Meu Bem"), Tito Madi ("Ternura Antiga"), Gal Costa ("Estrada do Sol"), Maysa ("Por Causa de Você"), Nana Caymmi (the dedicated CD A Noite do Meu Bem/As Canções de Dolores Durán), Marisa Gata Mansa, Lúcio Alves, Maria Bethânia, and several other important interpreters. Durán was known primarily as a singer during her short life, and had success both in Brazil and in her seasons abroad in Paris, France, Argentina, Uruguay, and the former U.S.S.R. At ten, she participated in Ary Barroso's famous novice show Calouros em Desfile. Praised by the severe critic, she started to appear in several other shows. Urged by economic hardships after her father's demise (when she was 12), she became a professional, working at Rádio Tupi (Rio de Janeiro) and in juvenile plays at the Teatro Carlos Gomes. Her ease in singing songs in several idioms helped open her way in radio and frequent appearances in this medium brought her an invitation to perform at the Vogue nightclub when she was 16, which was also when she adopted her stage name. At that prestigious club, she was noticed by César de Alencar, who invited her to his show at the Rádio Nacional. Having performed in the best nightclubs of her time and by then being very popular among artists and audiences, Durán recorded her first album in 1951, with the sambas "Que Bom Será" (Alice Chaves/Salvador Miceli/Paulo Marques) and "Já Não Interessa" (Domício Costa/Roberto Faissal). But she would only have her first hit three years later, with "Canção da Volta" (Antônio Maria/Ismael Neto), having also recorded "Bom É Querer Bem" (Fernando Lobo) in 1954. In the next year, she recorded "Praça Mauá" (Billy Blanco), "Carioca" (Antônio Maria/Ismael Neto), "Pra Que Falar de Mim" (Ismael Neto/Macedo Neto), and "Manias" (Celso Cavalcanti/Flávio Cavalcanti). Also in 1955, she toured Uruguay and wrote her first composition, "Se É Por Falta de Adeus" (with Tom Jobim), recorded by Dóris Monteiro. In the same year, she had another success as an interpreter, "A Fia de Chico Brito" (Chico Anísio), and toured Argentina and Uruguay with Bola Sete and his group. In 1957, she wrote another classic with Jobim, "Por Causa de Você," which she recorded the next year. Jobim and Durán also wrote "Estrada do Sol" in 1957. With Jorge Goulart, Nora Ney, and the Conjunto Farroupilha, Durán toured the former U.S.S.R. in 1958. She then left the group and stayed in Paris, France, where she performed for a one-month season. Back in Brazil, she wrote with Ribamar the sambas-canções "Quem Sou Eu," "Pela Rua" (recorded by Tito Madi in 1959), "Se Eu Tiver," and the samba "Idéias Erradas." "Castigo," written in that period, was a hit through Marisa Gata Mansa's rendition. In 1959, Dolores Durán wrote her biggest classic, "A Noite Do Meu Bem," that she would record in the same year. Durán would only have her compositional talent fully acknowledged after her demise. In 1960, Lúcio Alves recorded an LP dedicated to her creations. In 1970, the show Brasileiro, Profissão Esperança (by Paulo Pontes, starring Maria Bethânia and Raul Cortez) had several songs of hers on its soundtrack, representing the first of several tributes paid to the composer. ~ Alvaro Neder 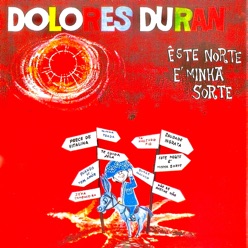 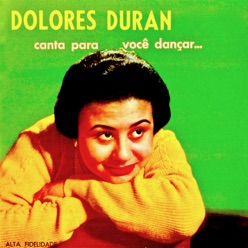 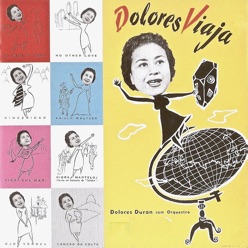