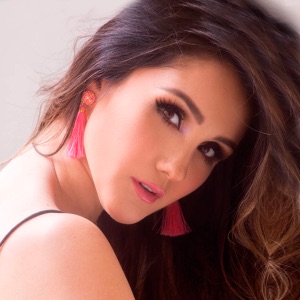 HOMETOWN
Mexico City, Mexico
BORN
December 6, 1985
About Dulce María
A veteran of the Mexican entertainment scene by the time she reached her twenties, Dulce María made the tricky transition from child star to accomplished adult singer and actress look effortless thanks to a series of high-profile TV shows and music projects. Born Dulce Maria Espinoza Savinon in Mexico City in 1985, she began appearing in TV commercials at a young age and, in 1993, became a regular on both Plaza Sesamo, Mexico's answer to Sesame Street, and the Discovery Kids Channel. After appearing in several soap operas on the Televisa network, she had the chance to show off her vocal talents when she joined preteen pop outfit K.I.D.S. in 1996, who scored two hit singles ("La Mejor de Tus Sonrisas" and "Prende el Switch") before splitting up three years later.nn After stints in the short-lived duo Du0026D (with former bandmate and rumored boyfriend Daniel Habif) and Latin pop group Jeans, she landed roles in telenovelas Clase 406, El Juego de la Vida, and most famously, Rebelde, in which she played Roberta Pardo, the daughter of a famous singer who joined a group of students to form a pop band. In a case of life imitating art, the fictional group RBD became a real-life pop sensation, releasing nine studio albums and selling 20 million records worldwide before disbanding following their 2008 Gira del Adios world tour. In 2009, she signed a solo deal with Universal, and collaborated with Akon (on a remix of "Beautiful") and Tiziano Ferro and Anahi ("El Regalo Mas Grande") before recording two songs for the telenovela Verano de Amor.nn After announcing that her debut album was to be split into two parts, she released Extranjera: Primera Parte in 2010 and the Segunda Parte a year later. Over the next three years, the singer toured hard behind the album, and also acted in film and television. In 2014 she issued a second solo effort, Sin Frontera, which peaked at number six on the Latin Pop Albums chart. A year later she was a spokesperson for PETA in a commercial that discouraged people from attending circuses that used animals, and in 2016 she played a major role in the hit telenovela Corazón Que Miente. But Maria was also recording. She issued no less than five pre-release singles and videos that year, including "No Sé Llorar" (which received seven million views on YouTube) and "Volvamos" (a duet with Joey Montana). Simply titled DM, the album was issued in early 2017. ~ Jon O'Brien 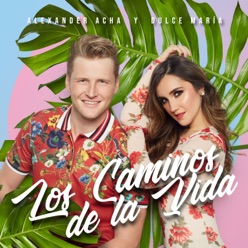 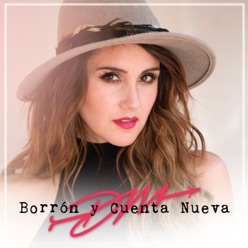