Ahead to the Sea

Little Jimmy got a car, a girl, a house of their own
While the clouds came for the sun and an order by the phone
And they called him to the army, gave a weapon in his hand
"Put the stones out of the fire for your American friend!"

His mother in the TV room wanted to see some bloody heads
But the Army censored the pictures of the 1000 civil deads
Soon it was too boring for her, she grabbed the programme with a sigh
Now she watches American soaps through the whole fuckin' night

His father's a well respected man, he's the boss of a company
Producing bombs 'n' tanks 'n' guns and send them straight to the enemy
His government turns a blind eye, never asked any question
Cause some love money more than these annoying sanctions

Little Jimmy comes to ask what he's really fighting for
While the world believes a murderer "It's a clean high tech war!"
He did recognize his lie, but too late the enemy
And he died by a weapon which was made in Germany

And he died by a weapon which was made in Germany

Made In Germany de Ahead to the Sea 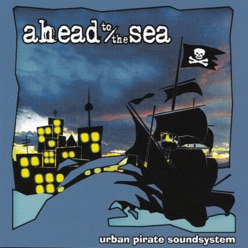 Ahead to the Sea songs in December