Money's Just A Touch Away

[Mack 10]
This song is dedicated
to all the up and coming rappers singers hustlers actors
Whatever you may be remember:
without no struggle you get no progress
So keep grindin keep on mashin get yours

[Mack 10]
And now I'm sittin at the pad, teary eyed and depressed
Starvin and sufferin from mental stress
Now a true center to the game of beginner
but hard to feel like a winner when you eat spreads for dinner
Hit the streets late night in the form of star mushin
On the 211 mission just to pay tuition
For my kids I got to grind and develop street saavy
Servin stress cause I just ain't got enough to cop cavi
But I can't stop, I won't stop, til I got it made
Either build my clientele, get a job or learn a trade
like hip-hop, and make enough to live good forever
So I learned to write the rhymes and get my metaphors together
Then I joined a rap crew, with the homies on my street
Sellin underground tapes out the local swap meet
Gettin tighter on the mic, as I worked day to day
So now I lay down at night, and I hear voices say, "Mack"

[Mack 10]
Now I'm new to the scene, H as in Hard, N as in Nympho
So like EPMD, could you _Please Listen to My Demo?_
I left the local crew, felt like I was the man
In popular demand and now ready for SoundScan
So I searched for a deal with no luck I kept rappin
Felt like it would take a miracle to make it all happen
Marble said it was a test, "Mack don't do nuttin wrong!
Just have faith in God and keep your hustle goin strong
Stay hongry, keep writin, don't quit you're too close
Remember good things come to those who want it most"
So I never left the house, without my rap book
Thought I found a new crew but eventually got shook
First they said I was cool, but then started to doubt me
Put me on the backburner and just forgot all about me
Partna said I wasn't fresh, and sent me on my way, but you know what?
As I was leavin, I could hear voices say, "Mack"

[Mack 10]
Now the tables turned, but I remember they used to clown me
The hard work paid off, and luck finally found me
So call every publication, Billboard and the editor
and tell em Mack's being signed by dude workin on _The Predator_
I got the Midas touch, now everything be the bomb
Hooked up with The Don, now made a few mill-ion
I don't bang I write the good rhymes, you know about mines
Man I'm the tightest MC, Ice Cube ever signed
Now if ain't the radio, it's a video shoot
Livin life in the limelight, with a bank full of loot
Now my crew is solid, shook the haters and the leeches
Runnin full court at my house with our girls on the beaches
Plus the violence is ceased, no more bi-coastal beef
Cause now I get down with the North South and the East
I reminisce on hard times, seem like yesterday, but now
Hoo Bangin' is official and I remember they used to say, "Mack"

[Mack 10] Man I knew I was gonna make it, but they didn't believe me
YaknowhatI'msayin? Clowned me -- gon' be a rapper, what?
Hahahaha 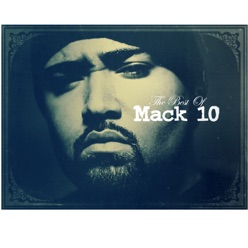 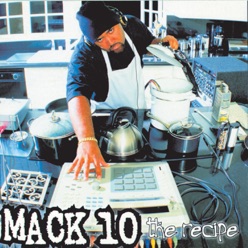 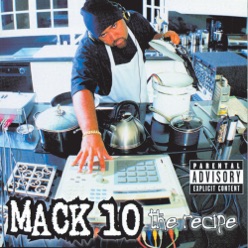