I'ma take you back to day one, livin in this New York slum
It's deaf to the dumb, only break bread with some
Moms left at 15, had no American dreams
To this day, I'm sellin to my cousin who's a fiend
No one would got me but my older brother
Little did we know the dirt we did fell back on my mother
But didn't care back then, that's why she left like that
Now my parents became the street, and it's best like that

Some nights I pray to God and ask him to pull my cord
Cuz times is hard like the opposite street'll leave you scarred
Street wise with no respect for authority and shit
A chronic hustler of crack, a typical bitch
Raised by madu who strung out on a glass dick
But every now and then I blessed her with a hit
So she don't have to trick
It's prevalent amongst kids today
Hustle krills, stack dough, and everything's okay

My life in this world wasn't about diamonds and pearls
It was rough growin up around the boys and girls
After daddy left, shit was a mess, momma stressed
But I give her an award, cuz damn she tried her best
Holdin down the household, barely had money to fold
Christmas time, cherished our little shit like gold
I can't front, daddy was still there for me, cared for me
But him and mommy breakin up was like a nightmare to me

Let me show, I gotta love L.O.D., they put me under the wing
And then I teamed up with the most beautiful thing
In the world, cuz L.O.D. we all we got
I'm a fans and my mans keep it like it or not
I know it hurts, havin to do everyday dirt
Police all over my back, feel like bustin them jerks
When I'm my road to the riches, I stay away from snitches
And them bitches, and keep my mind on business

Life was tough so I became aggressive like a pit
The only time I felt relaxed was when the blunt was lit
Thinkin me and my team can be tight like the gambino
Muscle in the hustle scene respected like Leno
It gets deeper than the words of Proverbs
New thoughts emerge, as I cop the squat on the curb
Thinkin the herb strengthen my brain like spinach
And heavy shine, flooded with ice might reduce my self spirts 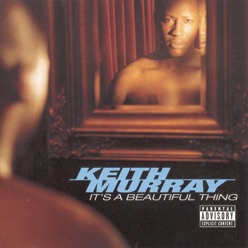 It's a Beautiful Thing
1990
See all discs