I hate my sister, she's such a bitch.
She acts as if she doesn't even know that I exist.
But I would do anything to let her know I care.
But I am only talking to myself 'cause she isn't there.

She's got a wall around her nobody can climb.
She lets her ladder down for those who really shine.
I tried to scale it, but to me she's blind.
So I lit a firecracker, went off in my eye.

I miss my sister, why'd she go ?
She's the one who would have taken me
To my first all-ages show.
It was the violent femmes and the del fuegos,
Before they had a record out.
Before they went gold,
And started to grow. 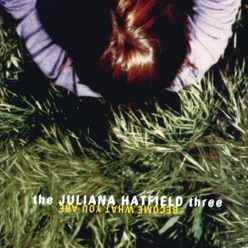 Become What You Are
1993
See all discs