Mystery mail
It read: “I hope this finds you well”
To no avail
You tipped the scale
Now I'll see you in Hell

I knew Daniel since high school in Benicia
He sold cookies from his parents' freezer
But were we ever really ever close?
Now Daniel's gone and I'm his ghost
He went north and I went east
We had a plan - or an idea, at least

From his cousin's lab in Crescent City
Daniel packaged two pounds for speedy delivery
USPS to Greenpoint, Brooklyn
Every gram sold while his cousin kept cooking
Successfully, this went on
For, oh, I don't know how long

One day I turned the corner onto India Street
I must have turned white as a sheet
Three policemen were standing on my stoop
Talking to my girlfriend, Betty Boop
I turned around never to see Betty again
I'm sorry, Betty, I hope you understand

I assumed they got to Daniel first
In this line of work you come to expect the worse
Some time later, the smirk was wiped from my smile
I was arrested for hopping a turnstile
Bones had told me the warrant cleared after eight years
So, naturally, on my court date I failed to appear

Eventually, the cardboard comet had to fall
I took a walk down the long hall
The first thing I did from my cell
Was write a letter in search of Daniel
Daniel was indeed in the lion's den
Not the only Lionkiller in a California State Penn.

Daniel wrote me back in a matter of days
No mention of whether or not crime pays
He wrote: “You wouldn't recognize my anymore”
“I bet you'd rather be back cleaning toilets in Baltimore”
“I'll never make it out of this cell”
“I guess the next time you see me will be in Hell”

The letters stopped rolling in
I heard Daniel was stabbed with a ballpoint pen
About sixty times by his cellmate, Charles
Now people talk about immortalizing him in marble
Not everybody should be made a saint
Daniel was a good guy, but a saint he ain't

[Repeat x3]
Mystery mail
It read: “I hope this finds you well”
To no avail
You tipped the scale
Now I'll see you in Hell 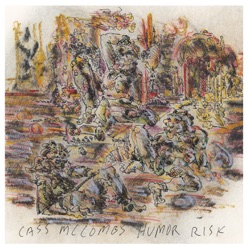