Next to nightmares, there are no dreams, shattered skulls in splitting seams.
The pounds of cancer, they just can't scream.
Six feet under, who would believe?
Days and night living with death, medicate the symptoms, but let them bleed.
We all live in hells.
We won't believe when the truth of lies is their belief.
We will bring you down the same as those you have taken from me.
Lies and deceit.
No more lies of stolen dreams taken from me. 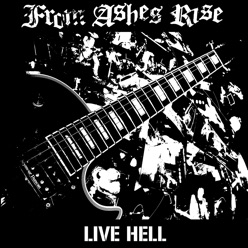 From Ashes Rise songs in January