Ah, I awakened from a wet dream in which I was restless
My imagination could no longer take me there
So I slid into my copping haberdashery
And gave into the original Jones, sex.

Now my sexy Jones was below sea level
The hornies occupied my being
I was at that stage where most men would say,
"Hey ho', it's your life or your lay."
But I was cooler than that.
She said, "No compute."

I spotted a lady who was also on the prowl
I could tell by her makeup, plus the scent was there
So I sashayed over to her and, ah, spoke of my plan
She screamed and said, "Are you asking to make love to me?"
I said, "Is pig what's in pork?
Or you gonna play hard
After all the trouble you went through to get chosen?"
She said, ah, "No compute."

Finally, she said, "Ah, I could, ah, probably go for what you're talking about.
But it's really about my birth control pill."
I said, "All looks are not alike, all holes are not a crack.
When in doubt, vamp.
Or at least ad-lib.
And of course you know that spit don't make babies."
She smiled, and said, "No compute."
But I could tell that she was getting interested

So off we went!
There was fun to be had, love to be made.
"Strange", I said to myself after I laid,
Smoking a last joint before I (unknown) to sleep
"What a man will go for when the hornies, ah, set in."
Well, suddenly as she laid there, mouth wide open, wig half off, snoring
Breath smelling like a 1948 Buick
I was sick with the filthies, and she smiled in her sleep
As if to say, "All looks are not alike, all holes are not a crack." 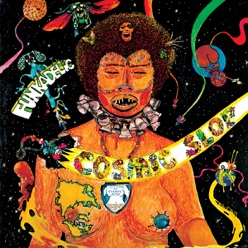 Funkadelic songs in May