Rounding the corner we come to a halt
Doors fly open as we prepare for assault
Out from the shadows step the dangerous boys
Hands hiding weapons, they treat them like toys
Debutante Gretta, the taxidermist's daughter
She knows what to say
She knows how to mingle, she knows the lingo
Muchachos wh're here to see Johnny
Representing the mambo
Representing the mambo... mambo... mambo oooh.. mambo

Gretta leads us through the stone carved archway
Into the school of samba, the place of sacred rites
We push through a gauntlet of limpwristed handshakes
And empty cotillion air kisses
Gretta smiles as we make our way to the bar
The new crowd says I remind them of Frank
Who died of excessive nymphets
In Barcelona... in Barcelona

Who's that with Gretta? You know how she is...
Yeah, never the same one twice
I wonder if by any chance you would like a piece of cake
No thank you, my ears are too sweet now 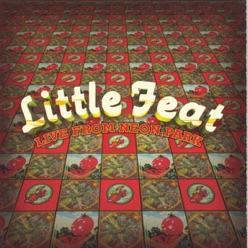 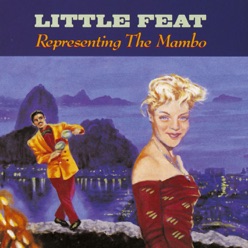 Representing the Mambo
1990
See all discs