(*talking*)
Yeah, (tell 'em the name) Chamillitary mayn ha-ha
When it seems like haters make up 90 percent of the population
And your name, is always the subject of a hater's conversation
How do you dwal with the situation, most people call it hating
But a rider, can use it as fuel and motivation
Allow me to do a demonstration, (do that then)
This the rider's anthem, let's ride let's ride

[Hook]
I'm a riiiii-iiiii-der, I'm a rider
I'm too tough for y'all, and I will never fall
You can talk that talk, but I'ma walk that walk
And I'm riding, that's fa sho
I'm a surviiiii-iiii-vor, true survivor
If I walk out that do', and don't come back no mo'
Let the liquor po', and let the people know
I was a rider, that's fa sho

[Chamillionaire]
We them niggaz getting hated by haters, we them niggaz that done made it outrageous
Stack the money in the streets nothing honey nothing sweet, I'm sick my chips contagious
Animals none of y'all can't cage us, got me feeling like the Heat and the Lakers
Had to switch up my team but what do ya mean, we already traded them traitors
Spend a lifetime surrounded by fakers, in the night time you high cause it's safer
Spend a lifetime to grind and get paper, while all y'all crying I'm flying to Jamaica
Grinding steadily fine and cheddar he, know how to show ya the nine is deadly
Wanna be a pussy nigga fine then let it be, anybody crying that's around it's never me
Realer than the rest when it come to plex, get it off your chest if you so upset
Is that what it gon be if it comes to yes, then I guess that day will become a mess
They messed up when they told me the sky's the limit, cause I'm married to my money nigga I'm committed
If it's gold at the end of the rainbow then my gang go, get up in the vehicles and ride to get it
I'm a nigga that made it up from the bottom, I'm a always get into a lil' drama
Y'all don't know what it means to be a rider, gotta deal with anybody that got a problem
I'ma put supreme in the Impala, I'ma put some cream up in the bomber
Jack it that's it nigga go get a dollar, looking for me I'm busy my nigga holla

[Chamillionaire]
Got the weight on my shoulder like solo flex, do the drama myself that's solo plex
I don't know what you do fo' yo checks, but my part of the do' way mo' they less
I'm gripping wood I know I'm fresh, cause I am that CEO and yes
The mo' I make they more upset, but I'll be damned if a nigga don't show respect
Ask the streets in the South about the kid, and they gon tell ya I be doing my thang
We could do the beef or we could do the peace, as long as you ain't speaking my name
My partna told me you was jocking homie, and my other boy said the same
The result of that when I approached the cat, I gotta hit him with the pain like bang-bang
Physically and mentally, a rider a nigga that'll tell 'em see
I bomb on your ass it was meant to be, because I told y'all niggaz not to mess with me
Do you let the beef slide, and let it die down with all your deciding
In the streets they know Cha-millionaire be riding, Batman my heat riding like Robin
Tell 'em that I got 'em if he's on my team, cause loyalty's something that you're gonna need
Loyalty's something others don't believe, like a ghost that most suckers ain't known to seen
But you know that a rider can notice hating, and use it to fuel all the motivation
Success is something that's fa sho to make em, back down they don't then I'm gonna break em 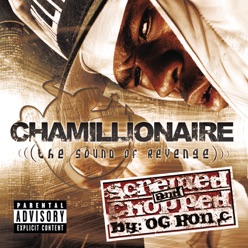 The Sound of Revenge (Screwed and Chopped)
2006 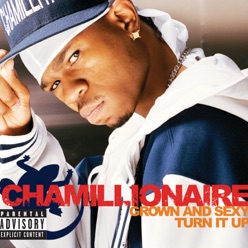