[Lo]
9 times outta 10, you escape when you run
But if you can't get away then toss the gun
You'll be seein' that county cell
You'll be livin' in county hell
Niggaz in the bullpen'll erase yo block
Muthafuckin' Ricans done stole yo car
You wanna see this type of shit - NO
You wanna go this type of place - NO
All bullshit aside nigga jail ain't fun
Especially when you can't make yo bail and run
Sittin' in the D-A room talkin' about appeal
They ain't tryin' to hear that shit, be for real
When you hear that you'll be payin' a lot
Tryin' to cop out boy ?? hot
Ain't goin' home cause you ain't got bond
Betcha next time you'll remember to RUN

[Lo]
Cops see the same old niggaz on the block
Cops see the same niggaz in the same spot
It ain't they fault that you wasn't on point
26 hundred ?? in the joint
Mad at the nigga that had yo back
Is he the same nigga that had the pack
They knew every place that you hid the dough
So you the muthafucka that wasn't on post
Playin' with them hoes all outta control
Served too slow when PIG's in the hole
If you knew you had a ??
Why the fuck you act like ice and froze
What was you thinkin' when you sold that crown
You coulda been bout three blocks down
Hittin' gates and gateways and all that
Kept all the cash, the yay, and the gat
Took you a break, woulda smoked you a blunt
Came back out and shot back up
C'mon, c'mon, and RUN

[Twista]
Leave the gateway open so I can dip through the back
Smokin' ?? they got in a pack
Tippin' from all the hypes that's pullin' up on bikes
What the hell am I doin' out here servin' with two strikes
Niggaz don't know I'm trainin' to be a track star
(Whoop, Whoop - Errrrr!) Put yo hands on the car
You must be one of them tight big niggaz that's old
But I'm from the bigger number with the rhythm and roll
I hit blocks, dip cops
Kept the knot, dropped the glock, ended up on Wilcox
It don't even matter now cause I done throwed them rocks
Went through a house that I don't know like I was Goldie Locks
I broke a sweat
Now I'm smokin' dro in a Lac
I'm throwin' a pack
Shit, I ain't never goin' back
If I happen to go to jail, niggaz better tryin'
I make a getaway cleverly and never see time cause I'll RUN 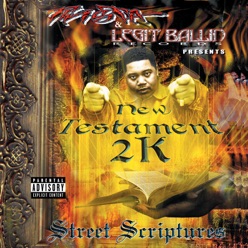