She was born in an oil-drum South side of Chicago
When East St. Louis was not far away.
She'd lace knives to her boots and go down to the riverbed
Skate around and around till the night became day.


The cannery fellows would follow her everywhere
From the grocery store to the B.Q.E.
With their hearts all aglow from her icy back-at-you stare.
When her teeth became tight when her eyes couldn't see.


And she told herself that this was enough.
For a girl who was born in an oil-drum
She had her skates didn't need lots of stuff.
She didn't need it but she still wanted some.


She had one thing that she liked and she kept around
She would take it with her to the riverbed.
As she skated around she always thought of a pretty sound
That she heard as a girl in her mother's bed.
The sound of some breathing another breath in and out
When some lungs expand and contract like they do.
And she looked at herself in the ice of the riverbed and
She saw a girl one which she could see through. 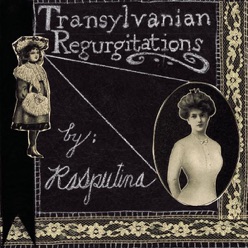