exhibit A: the trail of the womb tears the blinking genitalia.

exhibit B: a death leather towel to mop the blood and saliva.
Every smile is evidence,
And lifting a proud tentacle his honor howls your sentence
"death to the accused the scum the human menace."

exhibit C: your journal sewn with pony hair and claws.

exhibit D: your cancerous smiles our equations can't solve,
Those teeth can't be tamed they can't be proven,
Load the siamese gun shoot shoot shoot it!

sterilize the black widow of it's web silk,
Drain piano island of it's pineapple milk.
Pave the sea, divorce the fish from the fin.
The gavel pounds...the audience hisses for skin.
Order yeah! order yeah! order in the court!
Let the execution begin...
The executioner's thighs widen like a grin let the execution begin.
And in a flash every face twists electric octopus,
Hungry, anxious for pain.
Clik clik bang bang kiss
The siamese gun...

exhibit E: you're on your knees.
Choking on the barrel of the siamese gun! 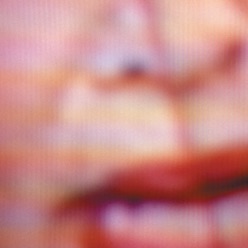 The Blood Brothers songs in December