Once there was a gardener, whose horse became a dream
It then became a nightmare, and nothing was redeemed
His heart was over shadowed, it yielded to the pain
Of lost and broken memories, of love he'd spent in vain.

There within the labyrinth, he bathed in vapors green
He poured his very essence, into pools that can't be seen
He fell into the precipice, by choice he entered through
Dark waters yet unspoken of, a loss he could not bear to be true.

His fate lay among the flowers, of the desert morning stars
Uncharted lands and faithful hands beckon from afar
In time his eyes will open, and he will begin to see
The beauty of his innocence, free from memory.

His horse that was a nightmare, will be a promise seen
No longer there a prisoner, he'll realize his dream
And souls will join and be reborn in the eden of his heart
He'll bring forth a light of unity, from which he will not part.

Loving eyes will no longer pour acid on his soul
For forged within integrity his horse becomes a foal
There begins his reckoning a freedom from the past
The pain in vain will dissipate and peace will come to pass. 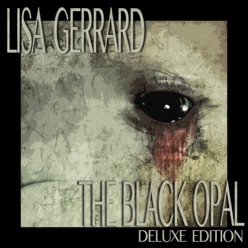