I was born into a system constructed for failure
It's a sinking ship manned by drunken sailors
An escape artist behind the bars of a jailor
An asthmatic attack when we forgot the inhaler
If the shoe doesn't fit what good is a tailor
In the midst of a crisis please cancel the gala
Without a symphony there's no need for a prelude
To foreshadow what's to come.
See the secret committees, commence with their meetings
To make red tape in response to simple questions
Questions threaten the perception of the beneficial systems
A pyramid scheme with it's cogs and it's pistons
Mechanization of men, making more and more
Live in a miserable exhistance
How can so few, claim so many victims
And this begs the question
My rest is a weapon against the oppression
Of mans obsession to control things
Look at the long line of make believe kings
The lord of the flies want's you to kiss his ring
Follow new rules with invisible strings
And become a puppet in the diabolical scheme
How do good men become part of the regime
They don't believe in resistance.

Lesson number one, overcome
Every fear of regret and confusion
It's all illusion, delusion
Sent to disconnect the holy fusion
Of spirit and the flesh
Every mortal breath, is meant to bring forth fire
But only when the fear of death, gets consumed
On the funeral pier
So let the flames rise higher
Let every man be considered a liar
If he doubts the goodness and faithfulness of God
Itching ears will compulsively nod in approval
When unbelief is taught in all our temples and schools
But God can restrain the madness of a fool
He can bring His truth through the mouth of a mule
You can move an mountain without any tools
It just takes the faith of a little seed
to make a way through what might seem to be
Impossibility,
And the ability will match the occasion
The outcome will defy explanation
The liberation will not be televised
When it arrives like lightning in the skies

Hold fast like an anchor in the storm
For your love, we will rise and overcome
Through the fire

Hold fast my people and sing
Through peace and through suffering
All for the joy that it brings, to be free
It's gonna cost us everything
To follow one Lord and King
True love endure everything
To be free

Hold fast, like an anchor in the storm
We will not be moved 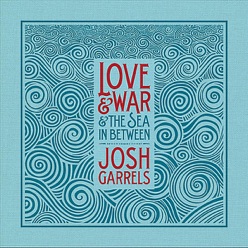