The Streets Of Laredo

"Oh beat the drums slowly and play the fife lowly;
Singy the Death March as you carry me along.
Take me to the valley, there lay the sod o'er me,
I'm a young cowboy and know I´ve done wrong."

"I see by your outfit that you are a cowboy."
These words he did say as I boldly walked by.
"Come sit down beside me and hear my sad story;
Got shot in the breast and I know I must die!"

"My friends and relations they live in the Nation:
They know not where their dear boy has gone.
I first came to Texas and hired to a ranchman,
Oh I'm a young cowboy and I know I've done wrong."

"Get six jolly cowboys to carry my coffin;
Get six pretty maidens to sing me a song.
Put bunches of roses all over my coffin,
Put roses to deaden the sods as they fall."

"Go gather around you a group of young cowboys,
And tell them the story of this my sad fate.
Tell one and the other before they go further,
To stop their wild roving before it's too late."

"Oh, bury me beside my knife and my shooter,
My spurs on my heels, my rifle by my side.
And over my coffin put a bottle of brandy,
That the cowboys may drink as they carry me along."

"Go fetch me some water, a cool cup of water
To cool my parched lips," the poor cowboy then said.
Before I returned his spirit had left him
Had gone to his Maker, the cowboy was dead. 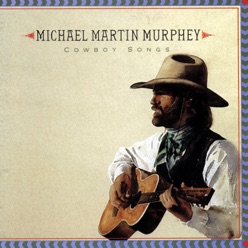