Oh you niggas wanna get deep?
Niggas wanna kick knowledge?
Y'all niggas ain't deep man, y'all niggas lost me
Soon as you steady tryna tell me which rappers in the fuckin Illuminati
Then I'm like, show me the proof right?
Niggas start talking about the anti-Christ and aliens and shit
Save the ghost stories for the kids nigga, I'm a grown ass man
Let's go, let's go

You can lead a man to a drink
But you can't make him take a sip
You can lead a man to a link
But that don't mean he gonn' click
What's this? Y'all ain't really on no deep shit
I peeped it, scared of a motherfuckin' secret
Society and only bein' with people you agree with
You scared of a chalice scared of death
Only thing worse is your silence
Illuminatis enlightened, the OWL see in the darkness
Masonic roots still survive from the book of dearly departed
Egyptologist and scholars
Symbologists at the college
Will all acknowledge that ancient Kemet is where it started
Way farther back than the knights
Or the Rite of the Scottish
You need to wake up, no new Bugatti
My enemy tryna stop me but I don't stand a chance
If I can't identify 'em properly
Illuminati as we know it started in Bavaria
Years before it landed on the shores of America
The mission: abolishment of government and religion
They were enemys of the state
And they was hated by the Christians
They was Poets, they was Scholars
Early Illuminati was sorta like the students
In Victor Hugo's Les Miserables
The modern day politicians would diss 'em
Turning them into martyrs
This in turn inspired the founding fathers
The vast majority Masons who were the subject of the Illuminati
Found this fascination the order was insipiration
And ain't no disrespect to the masons
But you try to keep secrets then it leads to speculation
Only those in league with Satan need to hide infomation
That's how you catch a ride to your final destination
Where the proof, show 'em proof put it all on the table
When the facts are intact ain't no need for a fable
Good versus evil is primitive
Real life's more complex, what's your context?
They put the symbols on the dollar bill, the monument, the obelisk
They honouring Columbia the children of the colonists
You can trace it back to the root trace it back again
It's really just another case of stealin' from the African
Racism and vanity justify the sale of flesh
You property like cattle or produce but are you still as fresh?
Population control is real, you know the deal
But still perpetuate the cycle of violence
We known to hold the steel
No, I don't need no fuckin' chorus
Used to read so many books
Thought I was a hoarder down at Borders
Like Behold the Pale Horse or The New World Order
But you really don't know what you reading
If you really don't know the author
A lot of Satan worship is just government propaganda
Unsubstantiated lies with no proof a bunch of slander
Of course there are forces against you and that's a fact
Don't get caught in the distraction, it's bigger than any rapper
The truly oppressed ain't got the luxury of inventing a monster
The devil incarnate is much realer than the devil in concert
What they doing so sinister
Worse than any blood sacrifice you can imagine
Iller than any cinema
The Federal Reserve, the World Bank and the IMF
Helping the poor get poorer you in debt until your dying breath
Food, vaccines, humanitarian aid
They want control of the region, they really tryna get paid
Obey thy consumer make a product out of man
Where's the conspiracy? It's always been the plan
Y'all niggas scared of one world currency
But still paying your taxes
It ain't the Illuminati that worry me
Lack of spiritual energy, suicidal tendencies
Unwitting soldiers in the armies of the enemy
I'm leaking information so follow me down the wormhole
Same reason that they called Bradley Manning a turncoat

(Man, we supposed to be brothas!)
Oh what you tryna get smart?
Nigga you tryna kick some knowledge?
Nigga fuck that give me your muthafuckin jewelry nigga
Take that shit off
Oh you got a pager too huh?
You a balla huh? You a balla huh?
Gimme that muthafuckin' shit
Better me than the muthafuckin cops nigga 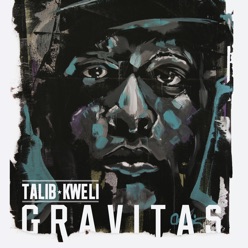