Under The Carlaw Bridge

Now there's snow on the corner
Where I stood with my old friend
Talked about revolution with two loaded guitars
And it's only four blocks up to The Only
But at times like this, you know it seems three times as far

Where're the banners? Where're the headlines?
Those future planners and hungry deadlines
Those true believers and crazy Fridays
Those sham deceivers, these can't be my days
Ah, maybe next time

Well, now my coffee's gone cold
But my heart's gone colder
I think I'm reading too much
It feels like twenty below
And it's a kick in the nuts
When your vision clears up
And you realize you've only been playing with change
There're people more together than you'll ever be
And it makes you want to ask yourself, "What's happenin' to me?"

Under The Carlaw Bridge de Lowest Of The Low 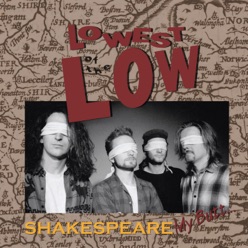