Whites of Their Eyes

Raised in the fields in the back of beyond,
hauled into position as a prodigal son.
I was not Abel I was a Cain;
the kind you find a use for every now and again.
I can't abide what things have become,
they think that you're simple, they think that I'm dumb
You want to know one thing I advise?
Shoot when you see the whites of their eyes.
They'll come to you in the perfect disguise
clock you too late, with a squeal of surprise
shoot when you see the whites, the whites of their eyes.
The wolf-child smiles in the shallowest dreams
and you don't know just what it means
Hey diddle diddle, what on earth can it be?
You ain't going to get any answers from me 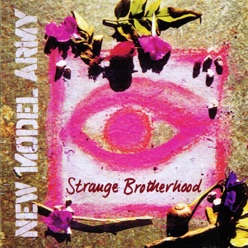 New Model Army songs in May