The paper called me a warrior.
a bad girl. a bad example.
The paper said I smile big,
but I curse too much.
and it's true. I do
Feel like a warrior just for making it through the day, sometimes
I feel like a fighter. Cause I fight
to keep the fighting away and, sometimes,
Walking down the street is a scientific experiment.
your body laid out, splayed out, just for them
to tamper with it.
But you know, I think it's those with the scalpels
who are really the rats
They want to dissect your ass cause your brain won't hold still for them
Under that slide marked:
'split and fill with bullshit'.
Y'know, my ass don't fit under that glass
And my brain moves way too fast for that.
Cause if this is a movement we're making,
we have got to get moving
In this crazy maze we've been handed, we've got to quit losing ourselves.
We gotta use our big fat mouths to talk,
We gotta use our big thick thighs to walk.
We got to follow those who choose
a different way to knock,
Those who banged with persistence
like the Audre Lordes, the Barbara Lees,
the Leslie Feinbergs, the June Jordans of my existence,
Who chose a different way to walk,
took a chance, didn't prance, tiptoe,
twirl though this world.
You see, I refuse to slide past
Even if it means coming in last.
I'm gonna stomp and rage and kick,

talk hard, think thick,
Y'know, it don't take a dick to have balls,
it don't take balls to knock down the walls
Of this cheap joint.
You know, the point's hard to find with all these
ground down passions.
But we've got a chance if we sharpen our visions
with our voices.
It's a choice to make noise, it's hard to be heard
They'll toss you a muzzle wherever you go.
But baby, it's the waves that let you know
the ocean's alive.
So, we've gotta go deep.
Down past where your daddy found your key,
unlocked your knees
And took control
Past where your brother cruised your borders
like some kind of nightguard patrol,
Past where the babysitter stuck a pencil up inside you.
So many ways they get you to hide you
From the world, girl,
We gotta go deep
We gotta use our black and blues like a second skin,
Let our bruises thicken,
Then begin again.
We gotta get up when we're pushed to the ground,
They aint gonna hear us if we're screaming face down.
We gotta rise to double the size of our sound.
You know warriors are better
the second time around. 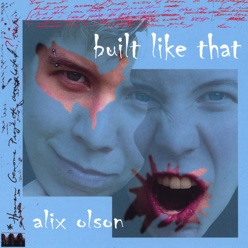