[erick sermon]
Yo, at a hip-hop club was a girl i met
She was hot you can bet, her body dripped with sweat
I kicked it to her, and her name was kim
She said let's jet because she was ready for the jim
Browski i doubt thee e would front
So like a real stunt, i rolled the blunt
She was ready, i could see in her face
She said "let's jet" we went back to her place
It was fat, she had a dope crib
She offered food, like some barbucue ribs
I said "no thank you" not now honey
How about some drink, yes some gin rummy
After that, come here and sit down
We put on tender roni by mister bobbi brown
We waste no time, it was time to do it
Put on some james brown so we can get into it
No kinky stuff, like ropes or handcuffs
But when you love me please don't be ruff
I said "listen, i'll be gentle, i'll be very gentle
When i'm loving yoooouuu, when i'm loving yoooouuu.
...so i dipped, i abandoned ship
Threw in the anchor like on the boat tip
That's what i get for trying to be a lover
But never judge a book, by the damm cover
I'm not dissing, but i don't like fishing
And next time, i want to know who i'm kissing
You can call me gay or a tutti-frutti
But i won't touch it until i know who's booty

[parrish smith]
Well i was maxin one day just minding my own
Talking to e-double on my car cellular phone
When i seen this fly girl clocking her looks were temptating
The look in her eye was the look of infatuation
So i put my car in park, turned my system down
I said "excuse me, are you new in town"
She said "it's funny you asked i just got here today"
I said "yo, you need a lift because i'm going that way"
She said "my mother always told me not to ride with strangers
If i did, than my life would be in danger"
I said "yeah that's true, but i'm not you're everyday swinger"
To tell you the truth, i'm a well known singer"
Plus i was cold coolin
40 dawn in lap
Wings on my fingers from my fisherman hat.
She got in and said "yo i never done this before"
I had to play my cards right to get my foot in the door.
She got and she said "you a medical doctor?"
I said "close but no cigar, i'm the microphone doctor
Who performs open surgery, on mc's that are willing
Except to try same them, i try to kill them"
She said "ooh that sounds exciting, please tell me more"
You mean how we heinz and clock the g's or more.
We got to her house and her moms wasn't home
As we went to the room i sparked up the homegrown
I was with it, felling nice from old e
Ready to get busy, and wax a cold booty.
We got to her it was time to max
Pulled out the jimhat and strapped the bozak
I hit the lights, and next was the sack
We started doing it, it was hard to produce
Because the booty was cold kickin like they call me bruce
I had to cover my nose, not to ruin the mood
Because i know i wasn't fishing but i smelled seafood
Smelled like shrimp or lobster, or tuna of the sea
And it wasn't worth catching the a-the i-the d-to the s-oh yes
The s is for safe sex
And as i glanced at the door, you that move was next
But she pulled me close, and said "let's get loose"
And out of nowhere i yelled "baby did you do..."
She said no p, cause i'm not a swinger
I couldn't buy that as i smelled my forefinger
I was playing myself plus my style was crampped
I grabbed my keys and coat, and md broke camp
And as i walked to the door, the girl got moody
I looked her eye to eye and said.. "who's booty" 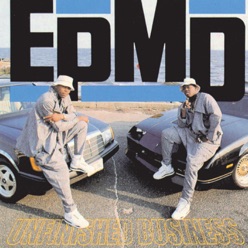