Today you beat the fortune teller
to death with your bare hands.
Was it his smirk laugh
or the ostrich feather taped to his purple hat?
He read the lines on your palm,
chanting a creole song,
"It is soon you will die, and angels don't take bribes."
Don't linger on the skylgight you smashed between his eyes.
Just run into the alley
and tell jokes to the bricks and rats.
Because one man's murder scene is another's champagne party.
One man's butchered spine is a soldier's war decoration.

Those wolf mechanics flare up again
as you make your way back to the financial district.
The subway is a numb field.
Every dazed boy and girl makes you lick your lips.
The girl with the accordion, chewing grass like a lamb,
she hands you the juicy eye and then she laughs at your pathetic tie.

But don't linger on the grin you gouged in her throat.
Just take the subway home.
But the wife and kids twinkle like stuffed dogs.
You're like the stormy ocean now,
collecting death like driftwood.

But one man's suicide is a credit company's bride.
One man's poisoned mind is a pharmaceutical gold mine.
You bring your kill from the savannah
and bake it in the sun.
The heat warps it's flesh and you see the face of God in the tarry mess.
Those wolf mechanics banging.
Those wold mechanics crashing. 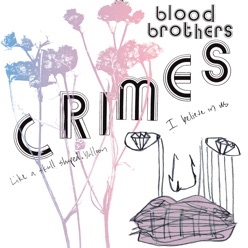 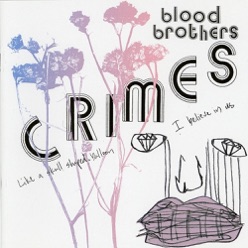 The Blood Brothers songs in January