On a very far away planet was a boy
His name was Zad, he lived with his dad
He was always getting in trouble
And his dad would yell, "Bad boy!"

When he started mixing up some jars of stuff
Some of this, some of that and he thought, "Good boy!"
Good boy!

He poured all the stuff in a laser tube
And pressed the button...
Oh boy!

The laser shot into the sky
His dad rushed out and cried,
"You bad boy! What have you done?!"

Zad's laser hit the earth - It was a bright light, a blue light
A blue light, a bright light that hit that night, it shined so bright
Then something strange occurred and it could never be explained
Well, but basically what happened was there was no more rock 'n' roll....

Without rock 'n' roll there was
No more premarital sex
No more crimes or drugs
No more fighting or foul language
No more!

In the absence of these and other such nasty things
Came peace on earth - That was a long time ago
Nowadays, people say the blue light was
The second coming of Christ, but I know better... 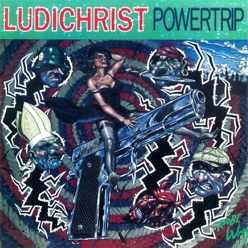