I've come back this mornin to where I first came alive.
Here within this terminal where the buses arrive.
I was the commuter on the 804,work for a computer on the 19th floor and...
You came down the aisle of the bus and you sat by my side.
Shoulder up to shoulder we shared that 9 o' clock ride.
Oh my heart was screamin as you left your seat
Followin your movements I was at your feet and...
Oh down into the terminal both of us smiled,so we entered the terminal just as you smiled, "won't you leave out work for today?" you ask of me then.
So I phoned-in sick- on the way to the home of a friend.
We were all alone from 10 AM till 3,Really thought the fire had gone out of me but...
You awoke the sleep of my life from gray into red.
Made the weary wonder of Wall Street rise from the dead.
Could have held up budding my entire life.
But I had to get home to the kids and the wife and...
So I let for the terminal where I began. Baby,no, I wouldn't have left if I'd been half a man.
So here I am this morning where love had asked for the dance
Here within this terminal where I passed on a chance
Lord,I'll never find her though I've trully tried
Probably she's found another bus to ride and...
I am now about to begin the last of my days,I'm within what others would call a terminal phase
I myself can only say it's livin' dead. Ridin' to the office with a song in my head that goes...
La da da
And you know it grows
La da da... La da da... 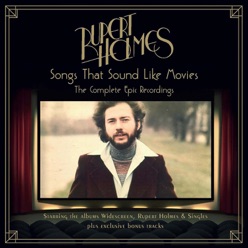 Songs That Sound Like Movies: The Complete Epic Recordings
2018
See all discs