Wassup? We need to talk
Let me light my backport
(lights up)
(exhales)
That's why we need to sit down
And talk about the black and the brown

Yo, I love Los Angeles, you can hear it in my music
Plus I got the scars to prove it
And man.. you don't understand what I understand
I'm feelin like a piece to a bigger plan
'Cause all I'm sayin is the God honest truth of it all, we fightin the wrong enemy
That's why I'm gettin invovled, it's just like the end of that movie "Saw"
When them two chained up guys met with their demise
And the mastermind was layin there the whole time
Remember that? That's why we have to sit down
And speak about the black and the brown
Now I didn't come here to point no fingers
I know over the years that the pain still lingers over past confrontations
Shit we all on parole and probation and f**ked up situations
And everybody lose.. from the pen, to the neighborhoods, now it's even the high schools
'Cause I was watchin K. Cal News
when the students squared off and one kid wouldn't choose sides
Hit with a hammer and the kid died and now it's a full blown riot
Tck, that's when the fists start flyin
These kids ain't learnin shit about math and science
Man..

(Xzibit)
Yo, I got the homey Jose from way back in the day
He came to scoop me up in his all white Six-Trey
And he don't really f**k with nobody outside of the set
It's tatted big on his neck
Y'know? So over the years, built respect and trust
Some black and brown issues we both discussed

He said, "Homes, it's been goin down too long
I gotta bang on them fools and it don't feel wrong"
"They killed my cousin over eighty eight bricks
So word came down, we gotta handle that shit"
"Kill all mayatas in white tee shirts
Can I tell the truth homes? The truth starts hurtin"
At first, I remind him of what vengeance do
What vengeance is and who vengeance belongs to
He wasn't tryna hear that shit
He just turned up the volume, bangin 50 Cent

(Xzibit)
I got soldiers from both sides who really don't care
Who identify themselves by the colors they wear
The homey came through to put one in the air
I can tell somethin was wrong the way he sat in his chair
He said, "X, man I'm just gettin out
from doin eighty eight months, tryna figure things out"
He told me in the pen you get down to get done
'Cause the brown and black ratio is five to one
He showed me the scar on his gut and his neck
They got him good, said he damn near bled to death
The hate was do deep, I can see in his eyes
When he described what it feels like to almost die
All I could do was just sit back and listen
'Bout how he 'bout to send soldiers on missions
I got hit with a bottle but I'm not dead
I said, "Think with your heart homey, not your head"
I said 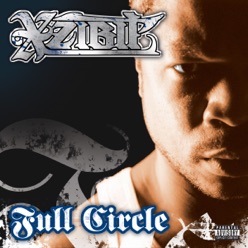 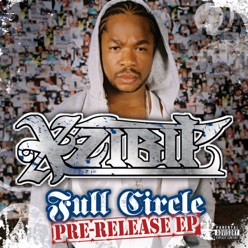