God told me this movie will write itself
Spread love, be wise and let foolery fight itself

(I was just talking to the homie the other day man)

He said I'mma pump this fuckin' caine, pump this fuckin' caine
Hug this block, tote this fuckin' Glock, all you suckas lame
This my spot, this my fuckin' spot, you know what I rep
I go deep on in my way up from a kilo on that step
Tell the death, yeah I mean the death, let that pistol talk
You say truce, me speaking no english, bitch go get some heart
Fuck the law, nigga fuck the law, they can see me too
Fuck a school, and the teacher too, they don't teach the truth
What's a pops, never had a pop, let that ratchet pop
I'm too real, gave a fiend a pill for a Magnavox
Man fuck we got, fuck we really got, but this gutter shit
All my niggas hug the strip and all my bitches love to strip
So suck a dick, I got kids, and a baby mama too
Yeah she work my fucking nerves like a baby mama do
I be stressed, I be hella stressed, smoke a bunch of weed
High for real, pop the pill and drop the Xanny in my lean
I can scream, cause you just smile like everything is fine
Hope is fun, when I grab my gun, come take dear life or mine
Suicide, yeah it's suicide, life is suicide
Fuck your right or wrong, the shit that I been on is do or die
If I do I die, if I don't I die that's suicide
Got the devil with a gun against my brain like choose a side

God told me this movie will write itself
Spread love, be wise and let foolery fight itself

It's a war going on

I love the hood with my whole heart
It whole heartedly been a part of me in my own thought
Process so I digest through my own art
That I'm blessed though I digress due to slow starts
But who else could bring the hood out
And tell 'em when they let God in, it brings the good out
Learn a lesson and listen, my current composition concerns your present condition
And turn direction envision of givin' blessings and wishin' you well
Well wishing and tales fishing
Siftin' through hell's kitchen to find good
Have a God-like mind as the divine should
Define good within yourself I think the time's good
And may these lines live forever like a line should
It's a war going on and your soul fighting
So frightening within you I see thunder and both lightening
Boat striking, snow ice and hail
Your whole life unfold like, cold nights in Hell
In a mode like, you're feeling low like, like you don't like yourself
You got no sight, no insight, no foresight, that's the shit that your foes like
Run up on a nigga get 'em froze like
Put the 4-4 to his foes like
Niggas 'bout to take a pic, trying to get the pose right
Red dot, headshot, hit 'em close like
Like, like all theses niggas I've got to shoot one
Fuck one, plus I'm cocking two guns
Fuck shoe money, I'm coppin' coupes son
No y'all niggas not 'bout to do none
Guns, that's a way of life, get money not God
You got guns, we got bigger guns, go get one and I ride
If I die, they say I went hard, I go super hard
Bitch you with this shits or not? We gon' get this loot or starve?
Fuck you doing? Writin' in a pad, fuck you making songs
What you rappin', boy you know what's happ'nin', that shit take too long
Fuck you mean? Get this fucking cream, get this fucking cream
Hug this block, tote this fucking Glock, can't let these suckers scheme
Shit too real, shit too fucking real, I'm too real to dream
So when it's this cold world won't feel a thing 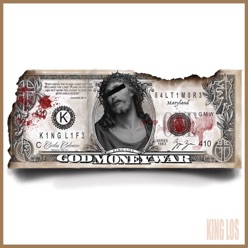 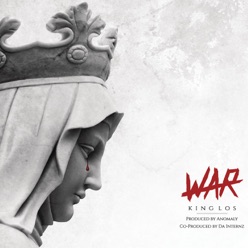