But I got my rhyme and I got my rap but I got my style that is so kick back it goes one it goes two.

Back in the seventies life was heavely Jesus freaks in the streets singing melodies long haired hippies walking in birkenstocks became prophets rockin in coffee shops 30 years later the musics changed but the message is the same from the san francisco bay they made a move to the city of Eugene where the grass grows green if you know what I mean I received my dream back when I was a teen and at a show I saw a man rock a freestyle flow so I grabbed my guitar and taught myself introducing you all to folk-hop from the west.

...one mission one love one vision and I won't stop until the crowd can't listen. 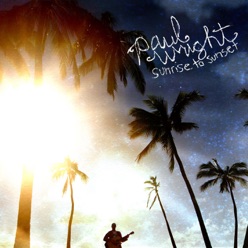 Sunrise to Sunset
2005
See all discs

Paul Wright songs in May