[Hook: Chris Webby]
We the food chain's apex - and muh'fucker we ain't ate yet
Any food sittin' on your plate's what we'll take next
Keep it dirty on the mic, but we stay fresh
Set fire to your tape decks

[Verse 1: Nems]
(Nems!) Let the burner flame on your set
You run off on the plug, we just hang the connect
Put this in your tape deck, it'll break the cassette
Soon as I finish writin' my verse, I bang on my chest
'Cause I'm an ape-x predator, spray TECs, wet you up
You a bridesmaid at a same-sex wedding, bruh
Your best work is shit we do on the regular
Homie you not a killa, at best you an embezzler
Sneak thief, whack bars and weak beats
Hatin' on us in the game from the cheap seats
I will pull up on your girl like, beep, beep (beep beep)
Bitch get in the motherfuckin' car and eat meat
I know your mother, she ain't raised no shooter
And that chain is garbage you should hate your jeweler
Give my little man a ounce of haze and buddah
Have him pull up on a Razer scooter, blaze and shoot ya
I grind hard every day 'cause we ain't gettin' younger
Top of the food chain with a tremendous hunger
While Webby was in the booth spittin' bars
I went into his phone and stole Halle Berry's number, what up

[Automated voice]
"We're sorry, you have reached a number that has been disconnected."

[Verse 2: Apathy (Nems)]
Your father shoulda pulled out and blew it all over your mom's rear
You're trash that pop beers on the back of a John Deere (Apathy!)
Better cop No-Doz, 'cause sleepin' on this song here
You'll wake up with long beards, and think it's the wrong year
Aw yeah, beat you to death, diss you at the seance
Then cut it short, like the hairdo on your gay Aunts
Melted cassettes, scratched up wax and scribbled raps
On scraps, while hoes Snapchattin' they snatch
So distractin', extractin' souls while I'm relaxin'
The pyramid builder, windmillin' into a backspin
Adios suckers, I'm peelin' out in the Audi
Feelin' out how the crowd be - real fuckin' rowdy
Fight music, type of evil demons want to fight to it
Kill the mic and resurrect it, then I'll put a spike through it
'Cause can't nobody try it or rock it
I'll tie it to a rocket, and fire it at a fiery comet
You're finally seein' my psychotic side when I'm on it
Invite me to flaunt it, you saw it and you violently vomit
I'm the worst-case scenario like AIDS in your flu shots
You rappers scared to flow should take a bath with ya boombox
"Ravishing" Rick Rude, in a savage and sick mood
Turn rappers to fish food, get masses of chicks nude
The apex predator, Ap circles the sharks
Soon as the verse starts, the vets give purple hearts

[Verse 3: Anoyd (Nems)]
Yo, I possibly raps illest, I knew these wack spitters were catfittish
And I'm flabbergasted that you attached with it (C.T.!)
If I subtract fingers, can you "add"-mit it, I'm that wicked
You'll get it later like last minute, shock critics, Infinite
Swim underwater with a Trump supporter
And don't come up 'til I'm sure I can really cure lung disorder
With a bunch of quarters, I'm sure I could fund your public order
But I'm keepin' everything to myself when amongst a hoarder
That kinda sorta, Webby call when he need me to merc a verse
Then I slur my words like I'm Dirt Mcgirt when convertin' herbs
And insertin' thirds at the curb, in a virgin you don't deserve
When the curtain says, "do not disturb" and you still observe, it's a burden
We the food chain apex, in a tape deck
Ain't no way you can escape death
I wear my Air Forces when it's pourin' the rain check
The food chain's apex, I feel like a plane wreck in the main deck

[Verse 4: Mickey Factz (Nems)]
This dude limitless, true penmanship
Born cam, get too out the frame, Did you picture this? (Factz!)
I move militant, too intricate, who's into this
I'm only the good elements off the food pyramid
You listeners need to hire a nutritionist
King with these cool images, rule villages
Y'all food primitives, did my research on you shitty buffoon lyricists
So technically, y'all could say that I do due diligence
This is school syllabus, learn what I earned, I urge you to move different
Or squirm and get burned from the words, I spew cinemas
Remove privileges, Tom Hardy I'm too venomous (yeah)
Without CGI, this genie fly
Make a wish, colorful alias, graffiti mind
We be ridin', see me try to just keep in line
Make a move, without movin', I get that Ouija vibe

[Verse 5: Ren Thomas]
I've been makin' bodies disappear like Bin Laden's (uh huh)
Need people to send dollars every time my pen rhymin'
Fact is I need ten commas next to the name Ren Thomas
Tell the truth, with a gun to my head I'm dead honest (bang)
Tired of them comments, sayin' I look like so-and-so (oh, really?)
But these rap cats will never reach me, like my phone is broke
Assholes sniffin' Paxil capsules in the bathroom (sniff, ah!)
While y'all suck at whatever rapper you get attached to (faggot!)
I'm raisin' bars like Roseanne's old man (uh huh)
I'm in the trenches everyday, going Rambo ham (braaat!)
I peep how they plagiarize, think I'm slippin' you played your eyes
Beef with my team and doctors will stabilize (yeah)
I ain't cocky, how great am I? Since I was 8 or 9 (uh huh)
I first ever created rhymes, took the game and made it mine (It's mine!)
Had a Mother's Against Drunk Driving meeting in the road (Hello!)
Afterwards we got drunk in the parking lot and drove

*Car skids out of control and crashes*

[Verse 6: Chris Webby]
Got Dr. Jekyll's personality, with nothin' to hide
I'm In-N-Out… of my mind, Double-Double with fries
So cover your eyes, you gon' need a spot you could hide
Or hop in a ride, leave town, and cop a disguise
The Lord of the Flies, face war paint with the pig's blood
Always on the grind since the times that I flipped bud
Runnin' up a tab but I'm still tippin' like Slim Thug
Underground money shit, I'm hustlin' with Dig Dug
Rap hot, spellin' out my syllables in caps lock
Sharper than a slap chop blade when the track drop
If you disagree, suck a fat cock
Catch me outside, like a motherfucking airport bag drop
Twenty in a matchbox, we gon' start a fire now
Still just warming up while my competition is dying down
Sway labeled me a hyena but wear a lion's crown
You better get to lyin' down, welcome to our fuckin' side of town
Yeah we them tri-state carnivores
Indominus dinosaur, the kind that rhymers watchin' for
Disassemble every part of your body is on the floor
Smashin' Aphrodite up on the throne of the God of War
Tuco Salamanca, I'm breakin' bad for the genre
From the north, where the sunset it's dark, naked and proper
I'm bonkers and button-pushin' in Contra Konami Code with a choppa
The only honky they bumpin' out in Wakanda
Rollin' with some wolves and some lions, tigers, and bears
With some eagles, hawks, and a falcon that's flyin' high in the air
Got a tank that be full of sharks, and a silverback that'll tear you in half
So just be prepared, yeah they callin' us

[Hook: Chris Webby]
The food chain's apex - and muh'fucker we ain't ate yet
Any food sittin' on your plate's what we'll take next
Keep it dirty on the mic, but we stay fresh
Set fire to your tape decks

We the food chain's apex - and muh'fucker we ain't ate yet
Any food sitting on your plate's what we'll take next
Keep it dirty on the mic, but we stay fresh
Set fire to your tape decks 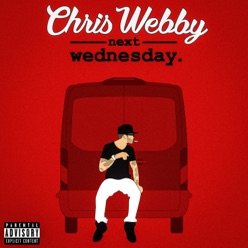 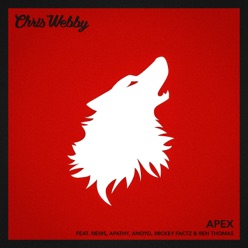