Let The Mystery Be

Chorus:
Everybody's wondering what and where they all came from
Everybody's worrying 'bout where they're gonna go
When the whole thing's done
Nobody knows for certain,
And so it's all the same to me
I Think I'll just let the mystery be

Some say once gone, you're gone forever
Some say you're gonna come back
Some say you rest in the arms of the Savior
if in sinful ways you lack
Some say that they're comin' back in a garden
Bunch of carrots and little sweet peas
I Think I'll just let the mystery be 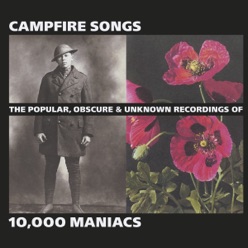 Campfire Songs: The Popular, Obscure and Unknown Recordings of 10,000 Maniacs
2004
See all discs