Where the f**k's all these niggas saying Ran' isn't hot
I damage the block
I scramble like Randall with rocks
I'm that nigga in the gambling spot
Cracking jokes and drinking liquor
You still gotta hand me your watch
I'm in the kitchen with the pans and the pots
Razor on the plate, trying to figure out how many grams I'm a chop
Family or not, some niggas making plans with the cops
Trying to figure how to make this animal stop
Who these niggas trying to take down
Break down, tray pound, eight rounds
He ain't feeling nothing from the waist down
Hit up, lit up, he never gonna get up
There's only one legend alive
The rest you gotta dig up
You acting like it's hard roast ya
I'll creep in your crib, and put your brains on your Barkley posters
Got no time to be boxing around
I got the ox and the pound
I'll leave you in the box in the ground
Got the keys to the game, and we locking this down
Underwater with the sharks, and we not gonna drown
Got the order from the narcs, they still watching the town
I'm copping a pound
They ain't no stopping us now, my nigga

Ya clip trip, clip spit
Get your strip wet
I got the rubber grip Smith and my rich sweats
Player haters talking 'bout they gonna get Freck
I'm in the Lamb' sunk lower than the shipwreck
They call me bar-for-bar 'cause I spit the better lines
The white bitch got rich like Federline
F**k a g-pack, I'll show you how to read crack
You get it soft and then you rock it like T-Mac
The weed good price, plus it smoke speci
Three thousand full pound of some Dro pesci
Y'all niggas only talkers
I'll let my homies spark ya
We in the spurs, that's faster than Tony Parker
This is family nigga don't ever cross my brother
Like Big Worm, niggas rather cross their mother
Mention names in my family tree
This nigga talking crazy like insanity plea
I, swear to god, the next nigga I give it to
Is going to a place FedEx can't deliver to
I'm West Philly Freck, yeah I get dirty
I'm the best, hands down, like six-thirty

Look
Like Michael J. Fox, I got Family Ties
Posing us can't be wise
Swept across the family dies
Something small as a look, can bring about a man's demise
And whoever he stands beside, hit him where he can't survive
Throw the drop, or slip an object, if not then missing
Nine shot, pop a clip in, pine box the opposition
Put him in formal dress, right hand across the left
No autopsy necessary, determined the cause of death
Six shots across the chest should explain his loss of breath
Skin peeled off your flesh, I know you wish you wore a vest
That's a no brainer, I'm coming with both flamers
I'll spray 'em, but I'm no painter
To this here, I'm no stranger
It's obvious you no bangers
You dudes pose no danger
Your whole crew chumps, in the closet like coat hangers
Like purple broke up in the dutch
Leave you broke up on a crush
That's what happens when shooters choke up in the clutch
We gonna body you, and have to hook your wife to an I.V. too
Put both of your parents side by side in I.C.U (everybody lose)
Closed casket so they can't have a proper wake
Don't interfere with family business, that's how we operate

Yo
Niggas is letting birds turn the tables on they squad
Need help with a jump, got some cables in the car
Cause they all become nondescript
When something bright is on your wrist
Like you repping the bionic six
Who wanna fire, when guns fire, your lungs tire
I'm an idol, niggas is Sanjaya, now who wanna try us
That four-five will spit
I'll slump you in the driver seat
And make you really ghost ride the whip
It's real talk, shade niggas couldn't get a tan from me
Cause I get in the ring for that Vince McMahon money
Soon as his un-tuck BAM
Talking about you touch grams
I'm coming through your window something like Brother Man
It's just who we are
If I see yar, it's E.R
Vacay in D.R., shirt and jeans, g-star
Tell me how they gonna manage
Letting off Virgina Tech's now, dudes ain't even safe on campus
Gotta spaz on cowards
Every twenty-four, every half-hour
Niggas be trying to be Jack Bauer
So let fam' keep talking
You gonna need a Weekend At Bernie's
If you trying to see a Dead Man Walking

I guess it's left to me, the popcorn slinger, to pop off nigga
Callouses on my pop finger, pop off nigga
Pop through, throw the drop, kick the lock off dump
'Fore them bodies drop out, six glocks in the trunk
Chef boy supplying, whip whop is drying
When they move that, more whip whop arriving
And my connect from Phoenix, the connect named Phoenix
Still Keep the iron like my right hand anemic
For for the family, I'll be squeezing, no reason
Blood work, nobody leaving this bitch breathing
Niggas on the low, kidnapped my flow
Coulda asked for it, I woulda gift wrapped my flow
Don't gotta ask for it, I'm gonna sit back the fo'
Flip it around, let the handle crack ya jaw
Eastside, Westside, I'll be in my Converse
This a convict rapping, It's a con's verse
Arm & Hammer mis-man, 'Los, Joey, or Ris-am
All they gotta do is chirp
And them things are gonna blis-am
Shake down, fiz-am
Straight from the Brooklyn borough that never riz-an
Block-ay block-ay

Now if they get me on wire traces
I'm gonna die in comstaat
I got prior cases from riding with firearms cocked
Fire bomb box, set up by your mom's block
Go off on time, 'cause it's wired by alarm clock
I get his legs, you grab him by arms ock
We gonna go this liar harm while his crying moms watch
Last seen in Brooklyn, they found in a Bronx lot
Rifles on the roof, yeah we got him by a long shot
We don't fire warning shots, niggas fire on swat
And if they get me, Brooklyn gonna riot on spot
I'm from the hood, so I'm supplying bomb rock
'Round here that's better than buying Viacom stock
Look, you can't hold nothing, but I got a shell to give
I'll make his relative show me where the fella live
Ain't that his baby sis', get up in this Mayby' miss
Before I pull this curb and start swerving like Baby sis
If he heard yet, bet that get the word buzzing
You send a message when you kill a nigga third cousin
Niece, nephew, they gonna need Tef' too
This'll a go in and out they chest like a breath do
You Clay Aiken-soft
You playing games until this red light's on ya
It's like the Playstation's off
Smith & Wesson work, Luger nine labor
Professional shit like they did me on majors

This is family nigga, do not cross the brothers
I'll put you in the box, one hand across the other
A small price to pay, son, it might cost your mother
One of your grandparents, even your baby brother
Cause everybody knows, everybody goes
I want them in coffins, everybody's closed
Related by the streets, this is family beef
So better not touch a branch on this family tree
Nigga

This Is Family de Fabolous 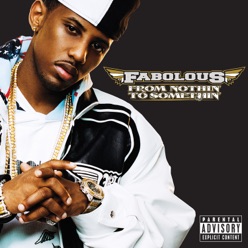 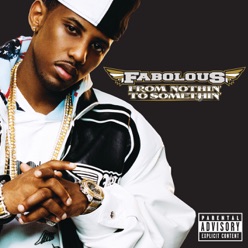 From Nothin' to Somethin'
2007
See all discs