Sweat drips down his face as he walks into the place,
That he walks by every single day,
He's only 21, but when his job is done,
Never again will he walk this way

He leaves his bag underneath the seat,
He breaths new air back on city streets,
He knows love grows but a war must be won,
So his bomb that's aimed to kill and maim ticks on and on

The suit and tie that works downtown is standing in the underground,
And he reads the New York Times while he waits,
There's a woman on the phone,
Says she's on her way home,
She could have saved a quarter if she knew her fate

The suit, the tie is a thin disguise,
For a body that has departed, the soul left to rot inside,
And they will not be spared and they will not escape,
The bomb is in a briefcase aimed against the bourgeois state 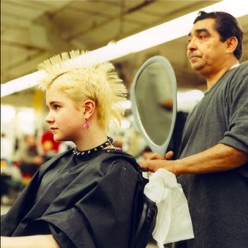 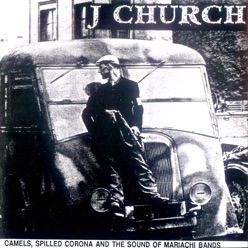 Camels, Spilled Corona and the Sound of Mariachi Bands
1993
See all discs