[Action Bronson:]
Just let me sharpen my knives, thrown on the apron
X's mark the steak and the salad crumbled with bacon
And bleu cheese, caramel complexion's on two knees
On two skis, carving up the ounces with his dookies
I'm Vic D'Amato, martel to cartel
Live fast and eat the big tuna like Billy Parcells
No more childs play kid you with the big boys
Fuck her in economy size, we want that big Royce
My family's hating that I rhyme with fury
Only focus on them hundred bill faces and suitcases
That'll bribe a jury, grind the curry never shine the jewelry
Pussy like an eighty-six style, you know it's fine and furry
Spark the bark in the park, you know, lumberyard
You ain't never in the limelight, undercard
Bronsonelli in the sky, thunder rod
Commandante of this rap shit, your facade, killer

[Action Bronson:]
The second stanza even deadly than the first
From the birth, I've been enlisted to plant seeds in the earth
That's soon road to a valley that feeds, civilization
I'm walking the torrid land though I'm seeking my vindication from
My bad, I'll keep it fifth grade, keep the switchblade
He'll figure sailin' apparel and plus a crisp fade
First day class, the Agassis are black and white
My older cousin puffing clot bitch, pass the pipe
Now I'm a certified user, more like abuser
Slice and dice the music I'm fluid like the yakuza
I'm Sanders whether Deion or Barry, find candy
Though I smoke until my eyes are the shape of Tia Carrere
My team we work as a unit, nobody hide the ball up
Great intuition and vision, no time to hit the mall up
Just a taste of the life like a September call up
Johnnie Walker in our tour cup, getting torn up
Listen - I'm steel fisted with the iron lung
Heavy metal balance out the guitar with lion's run
Praise the son that can stand on his own two
Smoke on the big blunt, take a sip of this home-brew 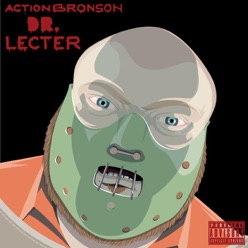