Centuries of Knowledge Mistaken for Omniscience

We are small, but we tower…
built up for years with bricks of wisdom and comprehension.
O, look at how well we've done for ourselves.
We are frail, but we're solid down to the bone…
but I don't feel him in my bones.
O no, these arms aren't reaching.
Maybe they're too stiff.
Maybe they're too thin.
Beneath our noble heads we contain the hearts of children.
If only we could lose our heads,
and let the youth become our necks.
Cause it's a bold-faced lie…
that we're all gonna die.
'Cause we're just passing through time.
No we don't have to die.
I have dressed my head with a solid crown…
steadfast like the rest.
I was a tower in the city of God,
and I had a strong sense of what that meant.
But I was still drenched in liquor and lust,
and I found I was just afraid of death.
So if my words are few, and I smell of the devil…
then according to the rules I'm a damned fool.
And I'll probably catch flak for saying so too.

Centuries of Knowledge Mistaken for Omniscience de So Long Forgotten 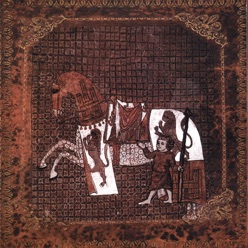 Beneath Our Noble Heads
2007
See all discs

So Long Forgotten songs in April