Closing Down the Park

Ya know,
There's this park, you see, in New York
That's what this song is about
Where we used to grow up
And, um, hang around
And then we started moving on
And started going on the road
We weren't home that much
But, back then they had this really great idea
When we hit town
These parks were prime real estate, you see
And if we could keep them nice-looking
We could charge more rent for the places around town
Now, I know you guys have that here around Boston
But, you know, in New York
They had this great idea that there had to be a crack-down
So we could sweep the park clean of the undesirable elements
And we figured, what could we do?
Besides vote
Perhaps we could tell a song
To you
Through the musical medium
And then you'll know
So here we go
I really hope so
Well, here it is

Preach on, my wounded Chandler

You know when you're walkin' through that park one night
Whether your skin is black or white
And you feel that particular pressure on the back of your head
And the hairs on the back of your neck start to stand up
And you hear a (police call)
Trust those hairs
Because if you're big or burly
Or even short and surly
Or if your cat's named Shirley
You could be walkin' through that park
And meet with the most undesirable disaster
Compliments of your taxes
I'm not saying its gonna happen
I'm not saying that it will definitely happen
But it could happen
Because it has happened
I mean, it could be you
Or you, or you, or you, or you
Those guys back there
Yeah, that guy, yeah definitely
Those three, easily
Yup, you
Yup, that guy
That guy
Him
Those guys up there
Stinky or Scarface
Anybody
Well, enough of my yakking

What about your truth and your mother's apple pie
I guess it's all another part of your grand designing lie
Should I tell you something pretty so you don't end my way of life
Or should I come up from behind with some stolen, bloody, rusty knife
Well maybe I should sit by and watch you kill my friends
And maybe I can learn to love you and hope you never end
Perhaps I can learn to hate you but I think I already do
All I know for sure right now, it's gotta be me or you
While your uncle rolls his joints with his fifty dollar bill
I'm off in some other park, and I'm laughing at you still 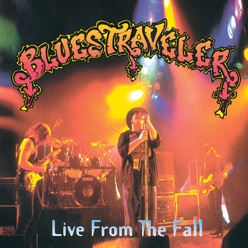 Live from the Fall
1996
See all discs