Creation Or a Stain

I got a god in my head
Tells me that I'm crazy
Got a god in my head
Telling me I'm crazy
An angrry little god punching all my scars
Another little god
Tells me that I'm lazy
A useless piece of shit with no love to give at all now
And the smallest god there
Thinks that I'm the greatest
Tells me no one else could be as good as me.
I listen to them all, I was a disc jockey to consequences
Little propogandist selling misery
I built the tune and I got to get away
Assure me that it wouldn't do to [unintelligible, 5 syllables]
No one see sme down there and no one's getting in
I got a [unintelligible, 13 syllables]
I drink and shoot and smoke until the only voice I hear
Is the one telling me those other people, don't let anybody near
No don't let anybody near (x4)
And now the telephone is ringing, the walls are falling down
The sea-birds are singing, my soul's nowhere around
I have made myself a mai-tai
I have damned myself again
I have eaten all my children, I have tightened up my skin
I'm a walking crucifixion, I'm a fucked-up memory
Consuming all that's left, I'm my mother's misery
I'm sucking on Satan's tit
She's milking me her poison flow
I drink until I'm convinced there's no place left to go
You know there's no place left to go (x4)
So I drink until the pain is dry
I know it never is
Sometimes tho, I guess I thnik that I'm the best
Until the morning after when I wake up with the guilt
Of burning down all the things my sacred hands have built
And throwing up all the love you know I never felt
Yeah, you know I never felt (x4)
Let's make our tortured Romeo's
Personal health can be beat
You bring it on yourself
Burn out when you might peak
The Holy Ghost is exiled from your heart and from your soul
If you control it it's no fun, and if it's fun you've lost control
Your past is plagirism
yous symbols have dried up
Your corruption's as confused
As old lovers that you've dumped
Like some hidden toxic fume
Your soul dissapates
It's the ozone of guilty acts
Eroded by all the things you hate
There's bodies dancing, crazed
Sexual heat
Grazing from the orchard where starving people eat
Her great weight overwhelms, at times bodies fall
Bankrupt from the beaten
Let's split one more eight-ball
Blue as beggars, beaten, bleeding
Tired eyes made of rust
And we all know when it gets like this there's no one you can trust
No no there's no one you can trust(x4)
Some say the solution's locked in the sweat-box
I wouldn't know
I've never been there, I sold my keys to get a ride
We sing along to forgotten AM radio stations
And drink expensive wine, toast the friends that we left hanging
Like prisoners in conceit
We hurry through the cracks
I know for sure don't trust no one who says' they've got you back
The windows all explode
Outside the noise pollution blooms
Everyone's now hidden like cockroaches in dark rooms
I've been brought back from the dead before, so anything can happen
Obsessed with tragic [unintelligible, 5 syllables] like Eric Clapton
These are my wild years, I'm trying to enjoy the pain
The euphoria of dying
Toxins wrestle in my brain
We've all been leaves of corruption
We've all been spiders on the wall
Waiting for a hand to smash us or the bloom of light to fall
Is this guilt of just self-hatred
Only wild, uncontained
Leaking from a broken soul
Is this creation or a stain
Is this creation or a stain... (x5) 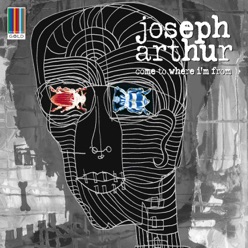