(Naw for real though, I know what y'all been waitin for)
(Don't trip, I got it)

[Chamillionaire - talking behind Chorus]
Haha (hmmm)
(I got that) fire
I got a little fire too
You know what I'm talkin about? (hmmm)
Yeah, (they want that, they want that) fire
Okay I'll tell you what
You be Koopa, I'm a be Hollywood Jackson (ch-cheah)
I'll be Famous
You ready? You sing the hook and everything (woo!)
(Fire!), let's get it man

[Famous]
Man they say they want that heat, man they say they want that beat
In they trunk (yeah), I fuck with niggaz who got drama for the heat
To that punk like fuck you gon' do when a nigga run up on you
Put that (fire) to your ass, got you runnin out your own shoes (fire, fire, fire)
Zone 2, when I'm out in the A (A, what's up?)
And stay draped up in drips, so they know I don't play (you know I don't play)
Spittin (fire), but they sayin little shorty okay (yeah)
Told them suckers I'm the best and you probably are gay (Famous)
[laughing], say I really miss Pimp C
Them simps be cappin, but really slackin mentally (yeah)
Why you doin all that actin baby? It's me
Hollywood Jackson, I'm a pass 'em, I'm a switch speeds (yeah)
Spillin drink on my shirt, I don't switch T's
I can do that like Flip nigga, this T (what's up boy?)
E-X, we stressed, we next, we best
Spittin fire 'til there's no mics left

[Chamillionaire]
I hope y'all countin all the fire verses I done produced (produced)
They said you break it then you buy it, so I'm buyin this booth (woo!)
Puttin the 26's on and sit so high in the coupe
You hold your hand up in the air, it still ain't high as my roof (the truth)
In the club the bartender said he ain't gettin bread (what?)
That's when I pulled the twenty stack out, like "I heard what you said!" (you said)
I jump over this bar, hit you in your tender head
Forget your name, they gon' call your bartender instead (ha!)
What the heck you talkin about? I'm gettin millis for really
While y'all be lip-syncin millis like your Milli Vanilli (woo!)
You would think it was Obama movin into the city
I'm in a Presidential Suite, a little bigger than Diddy's (P. Diddy)
SUV glidin, you know I'm a take the player route
I be talkin money, cause that's always what I'm thinkin 'bout (real)
Money so Swiss, got it sittin in a bank account
I can't take it out, cause it will probably cause the bank to bounce (boing)
Bungee cord (yeah), don't want to see my money bored
We should count it all, let's chop it up, just like a hunting sword (woo!)
Monopoly, I got a little money boy
Got a lot of millions, but you know I need a hundred more
Left the Swishahouse and took the solo steps
Lost some partners and they say that I got no more left (oh yeah?)
Ben Franklin still my homie, baby slow your rep
It's like Jermaine Dupri is me and I am So So Def (fire!)
If you ain't talkin money hunnie 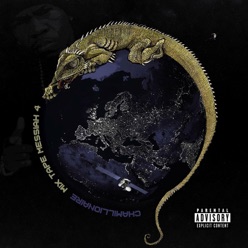 Chamillionaire songs in May